Back from New York, New York in Valparaiso, Valparaiso 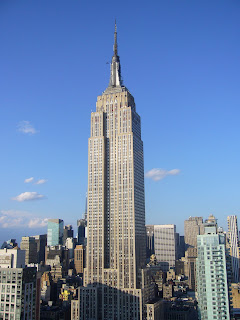 We're back from New York and home again in Valparaiso. I'm going to do a 2 or 3 posts as i have quite a few photos and things to bore you about. As a quick summary, we had an absolutely fantastic time. New York is really is one of the great cities of the world. And it's even better when you're a little older and have a bit more cash to burn (the last time i went i was 19, skint and the $ was 35% more expensive against the £-three cheers for a rubbish $ these days).

I'd like to start things off by thanking Kellye, who we met through this blog, for lending us her apartment for a few days in the city and then inviting us out to visit in the unbelievably pretty Hamptons and also for taking the time to give us a proper tour of the area. Not only did we have a great time in both the apartment and the country but the money saved allowed us to splurge on clothes and other nice things. Also, thanks to Anne- an old friend from uni- for taking us out twice on her expense account. Again, money saved for other cool stuff and it was really good seeing her after a couple of years. Living in South America means i don't get to see friends as much as i'd like to but it's great to catch up when i can.

Anyway, enough Oscar-night tearful thanks and onto business. Our first day in the city was a bit of a wash-out. We were both exhausted by the week long fiestas patrias and then by a really crappy flight up to NY. The LAN flight stopped in Lima, where a lot of people got on and off. In Santiago, all i wanted to do was take a sleeping pill and pass out for the entire trip. When we found out we had a stop in Lima this wasn't possible, partly because of the stop and also because of the large tour group of old, flamin' galah, Aussie women shouting (i.e Aussie talking) at each other for the entire journey. And then from Lima to NY, i had a steward who thought it a great idea to hit my head with his elbow every time i was just about to fall asleep. So by the time we arrived at our hotel in Mid-town, we were exhausted and fell asleep 'til the evening when we just went out and then went to the cinema to see Ratatouille (pretty good). Our hotel was just off Times Square- Picadilly Circus on steroids-and a pretty spectacular start to the holidays, despite being so tired.

Next day we got up early. First stop, the Empire State. Art Deco is big in NY, both in the size of the buildings and also the quantity. For me, all sky-scrapers should be Art Deco, it's a style that really lends itself to tall buildings. In all the time we spent wandering around the city, i didn't take many photos at all. I was in architectural sensory-overload and i just couldn't decide what to photograph, so i ended up photographing almost nothing. Ridiculous. It's actually quite tricky to take photos in NY as the height of the buildings means the angles are difficult and also the light shining through the towers dazzles your camera but there are so many little details on the buildings that i'm kind of kicking myself for not snapping more. In the end i just bought a really great book called "American Art Deco". 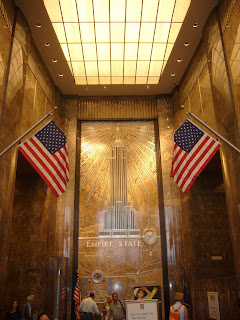 Back to the E-S. It was a sunny morning but there was a bit of haze about. Also, my camera doesn't like taking photos unless the conditions are perfect so they didn't come out all that well. Even so, the views from the top are incredible and you get a real idea of that density of the place. What's really amazing is that there are huge 50-60 floor buildings that look tiny from the ES. In Santiago, you feel really high up on the 12 floor. Here are a couple of photos. 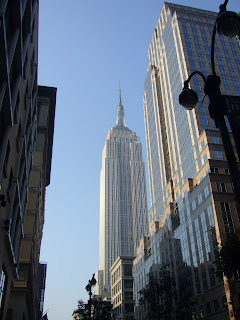 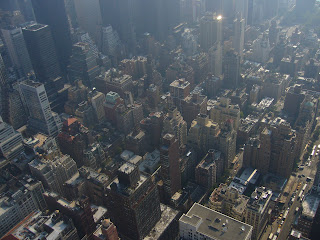 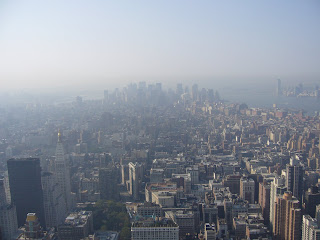 After an hour or so at the ES, we headed a little further south, heading past Manhatten's first skyscraper-the Flatiron building, past the extra cute Washinton Mews, down through Washington Square (full of NYU students), 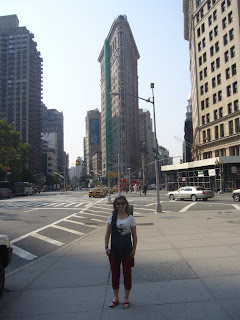 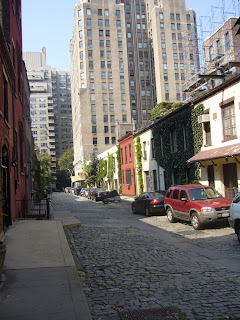 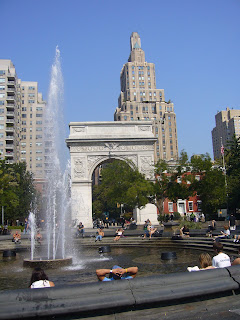 ...and then down to Greenwich Village for some serious shopping...first stop the Apple Store, next stop the Diesel store and then anything that had women's clothing in. I'm sure you can guess which shops i preferred.

Take a look at this photo of another beautiful NY building... 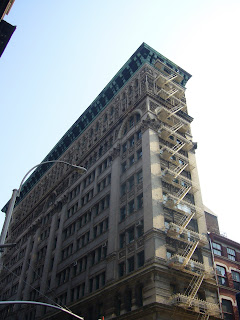 Immediately after taking it, i lost my passport. My passport containing my Chilean work visa that i'd been waiting 6 months to get stamped. The work visa that i had stamped 3 days before the trip. I didn't realise until later that night. Hmmmm...

I'll finish the rest of this fascinating tale sometime over the weekend.
Posted by Matt at 08:56

Is Valparaiso the new New York?

Perhaps in the way that Spanish is the first language in both places...!

I'm just glad to see that someone benefits from the crappy dollar.

hey, that crappy dollar gets you 3.15 pesos in economic toyland Argentina...of course, it's a shame that inflation wipes out any extra purchasing power that that exchange rate should give you but at least you can say that the dollar actually rises in value in the country in which you live...