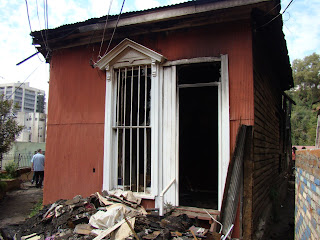 Due to decades of neglect, much of Valparaiso is a fire-trap. There's usually a big fire once a year or so and the cause is usually one of two things: a gas leak or faulty wiring. Anyone that's been to Chile will probably have seen electrical wiring that looks like it was installed by a blind, one handed 3 year old. Drunk. Until recently, standards of electrical engineering were unbelievably appalling. Now they're just appalling, so at least we're moving in the right direction.

The same thing is true of the gas network. It's quite normal to be able to smell gas when you're walking around the streets of Valparaiso. Most of the old gas lines are rusted and have holes in them and there have been far to many DIY private installations. The big Serrano explosion was due to a gas leak and it claimed the lives of at least 5 people back in January.

We went to see a property on Cerro Alegre the other day that had burned down due to an electrical fire. The old couple that lived there lost everything they had just after New Year. Now they're trying to sell the 400m2 plot of land for 50 million pesos. It's not worth that amount of money but as they're desperate to sell, an offer of 25 million would probably get them thinking..,

We also went to see an entire 2000m2 building for sale just behind where the Serrano explosion took place. We crawled out onto the roof, almost falling through the ceiling a couple of times and got a beautiful view of the hills of Valparaiso. Here are a few photos of everything. 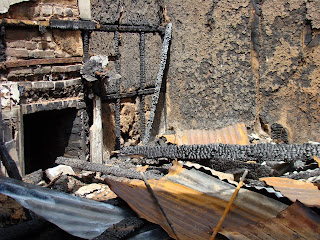 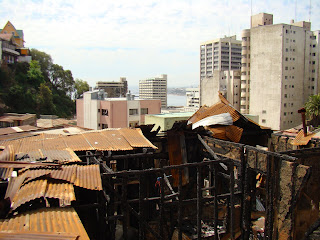 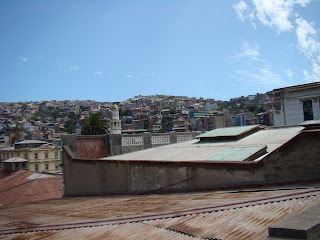 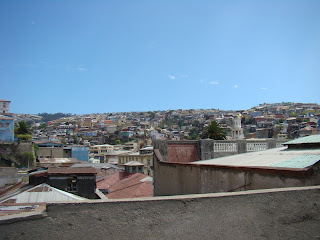 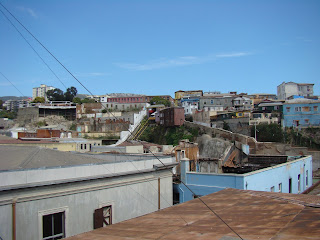 And finally, a view of the Palacio Barburriza, the big fat (and beautiful in an odd kind of way) embarrassment to the local council who have managed to keep the Museo de Bellas Artes shut, rotting and termite infested for almost 10 years now. Every time i get a different angle of the building it seems to get bigger and bigger. I knew it was quite large but i had no idea it was this big... 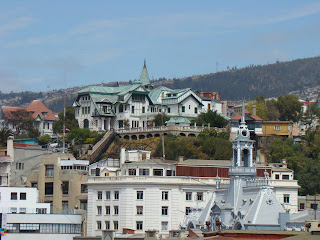