So back to the thrilling story of my trip to New York and my lost passport...

Our second day started off at the embassy. The British Embassy in NY is a complete anomaly-friendly staff and ultra efficient. I had a new, temporary (valid for 1 year) passport in under an hour. Great news but i was starting to worry about what the hell i'd tell immigration in Chile. Still, there was nothing i could do so we just decided to get on with things and enjoy the rest of the holiday.

Much of our time was spent just wandering around and soaking up the atmosphere and architecture. We went to the MOMA, gorged ourselves on Thai, Chinese and Vietnamese foods (Asian food in Chile is revolting), walked through Central Park, went to the Natural History Museum (a bit of a disappointment to be honest but then i'm not 12 years old anymore) and headed Downtown to see the WTC site.

After a couple of days, i checked my email and had a message from my mum. Someone from the film crew of Sex and the City had phoned and left a message saying that they'd found my passport and fed-exed it to the Embassy! Incredible...if you ever find a passport, do not hand it in to the police, send it to the embassy. Once the police get hold of it it's nigh on impossible to get back. So in the end things worked out pretty well. Although the passport had been cancelled, i had my work visa back...

Our final touristy thing to do in the city was a Circle Line trip around Manhatten. You get great views of the city, Ellis Island and also of a small and little known green statue of a woman holding a torch. If you're in NY, it's well worth a couple of hours of your time.

We then headed up to the Hamptons for a day and a night where Kellye gave us the grand tour of the area. It's easy to see why it's so expensive and popular with the super-rich up there: beautiful little villages, endless sandy beaches, warm waters and almost zero crime. It's Zapallar on steroids. Having someone from there showing us around was really good as, otherwise, it'd be impossible to know where to go and what to do.

Our last day in NY was spent buying a new laptop for Lore and a new camera for me. The flight back was pretty good-half empty and direct on a brand new plane. Since being back in Chile, we've hardly had a second free, sorting things out with the house and lots of other work as well. We're going to be really, really busy for the next few weeks which is obviously a good thing but quite daunting as well. Summer's coming so work's picking up a lot as more and more people start to think about coming to Chile. Winter's a quiet time in this business but summer is a full as they say around these parts...

I've got a few more photos to post of NY and then Corrugated City will be back focusing on all things Valparaiso.


The Cross of the WTC 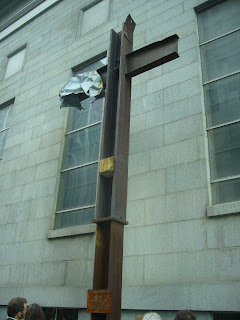 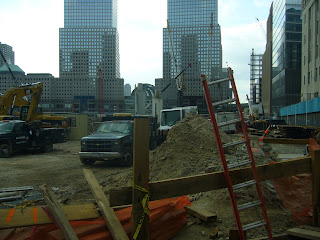 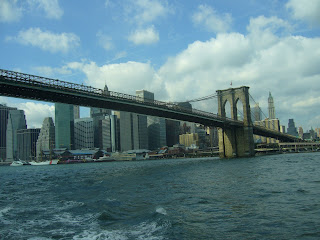 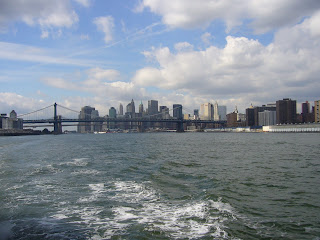 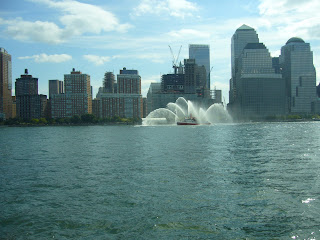 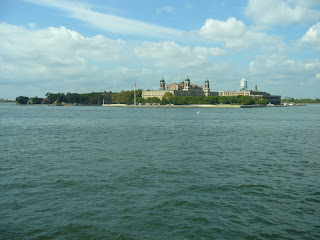 Can't remember what this statue was for. 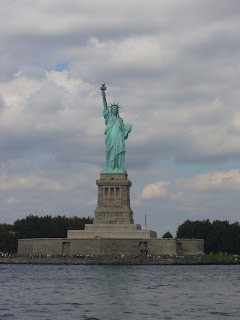 This new skyscraper is really cool-all 4 sides have different colour glass outlining the shape of an Art-Deco building. 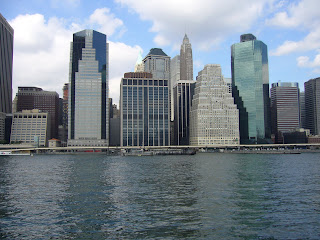