Between the interior stucco'd adobe walls we found some old newspaper. It dates from 1910. Now we're almost certain the house actually dates from around 1870-1880. The newspaper suggests that modifications were done after the initial construction. This would explain why the entire interior of the house is made from Oregon Pine except the ceiling of the first floor. That ceiling was made from poplar, a softer and more termite friendly wood. This all raises the intriguing possibility that the house is not German like i reported the other day after all. The plaster molds were from the ceiling that had been changed. This almost certainly means that new moldings were fixed in place in 1910. I can sleep a little easier tonight.

Here are some photos of bits of newspaper. Most of what we recovered is from the commercial pages and is all bits of adverts. A few interesting things did show up, however.

This is a letter from 1910. I haven't deciphered much of it yet, it's all a bit of a mishmash. On first glance, it doesn't appear very interesting, no talk of love and affairs or anything. 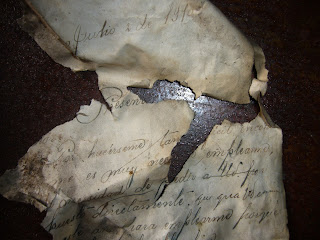 A social event attended by the President, Pedro Montt and also a celebration of the centenary of Argentine independence 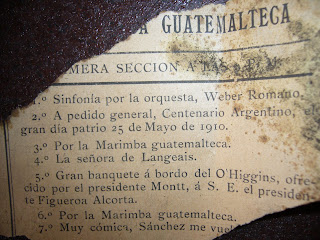 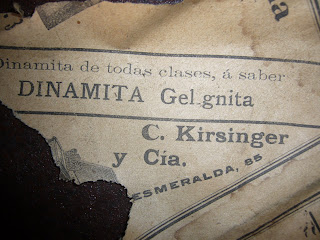 And finally, 'Caricatures by Wiedner' 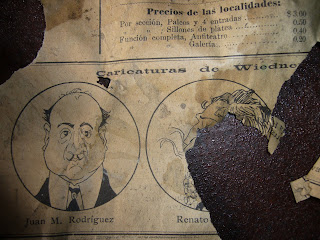