Even even more more photos of Valparaiso

On Monday we have to move out of our flat on the ground floor of our house whilst the builders do a little reinforcing of the structure. It should take 3-4 weeks. We're moving over to Reñaca during this time to a relative's summer apartment. It´s quite nice but it´s small-around 50m2 and we've got 2 cats to fit in as well as us. It does have a brilliant view. Anyway, the biggest problem is that whilst we have a 2 mega internet connection here in Valpo (which sometimes gets up to 2.7 mega during quiet times), over in Reñaca we'll have to make do with 256k. So i'm going to try and do as many posts as i can with photos over the weekend, because as of Monday it'll take me about week to get photos uploaded...


So here are a few more photos of Valpo for your enjoyment...

Plaza Sotomayor. I really don't like this but at least they didn't knock down the facade 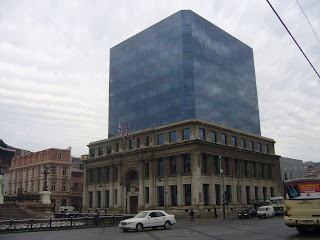 On the corner of plaza Sotomayor and next to the Naval HQ is this building. It looks burnt out but in actual fact it was never finished and has stood like this for decades. The owner, an old woman, lives in a semi finished flat and rents out space on the ground floor as storage. 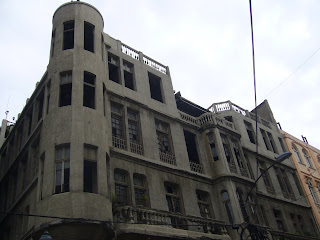 Valpo is famous for its crazy wiring. As part of being designated a UNESCO World Heritage Site, all the wires in the designated area must be put underground. 4 years after the award and nothing's been done. Que sorpresa. 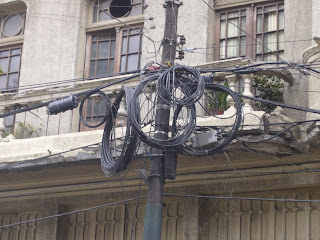 In February, a gas explosion killed over 20 people on Calle Serrano, in the heart of the unesco area. This is the big test-how much does the government care about Valpo's award? Will they spend the money necessary to make things right? 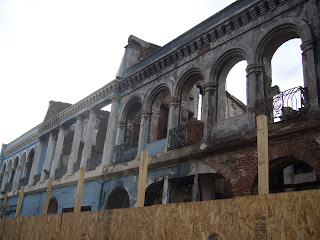 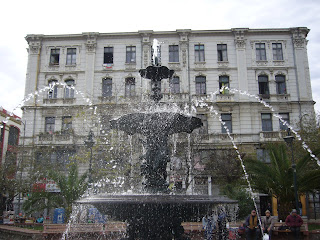 Re-cobbling the streets around La Matriz 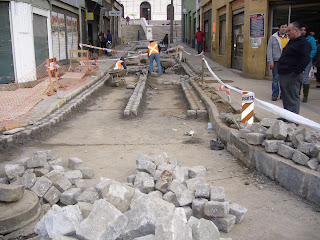 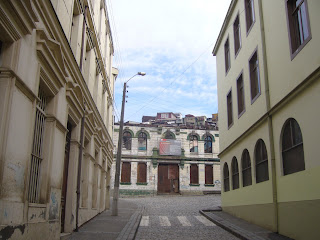 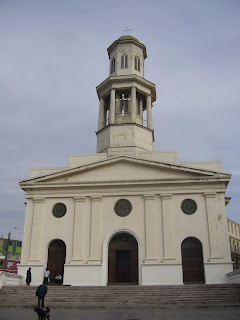 Only in Valpo...this statue was 'given' to Valpo by a US businessman in the early 1900s. The guy was accused of some sort of fraud, fled back to the States and sent the statue back as a symbol of 'injustice'. Look at the scales representing justice-hanging down by her side. The sword's more upright. Also, have a look at the size of the guy just behind her. Due to malnutrition, many Chileans are only 12 inches tall. Have a guess where they decided to put the statue...outside the law courts. Brilliant. 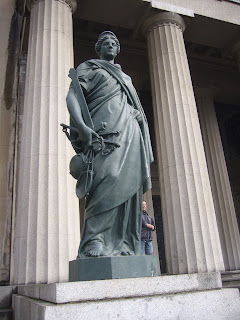 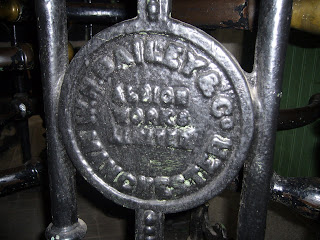 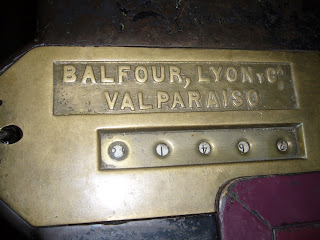 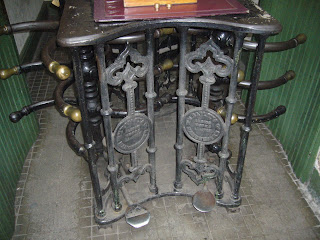 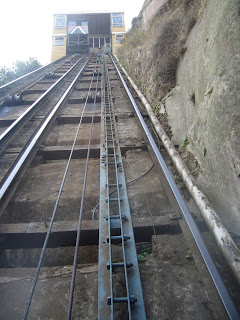 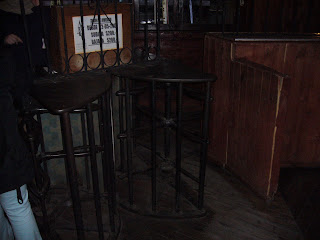 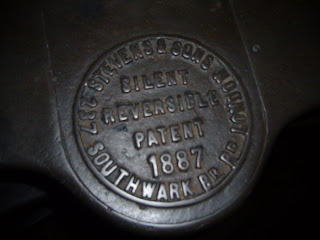 The Statue to the fun lovin', Spaniard, Portuguese, French and Turkish slapping Scotsman 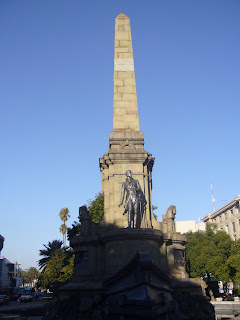 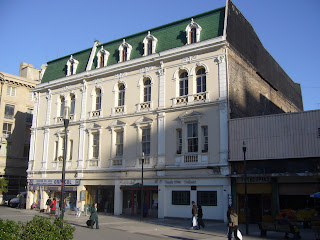 Avenida Brasil. This building went up in 1947, long after Valpo's heyday. It's in great condition. 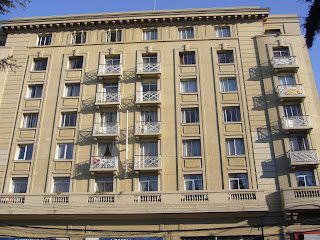 The Public library on Plaza Victoria 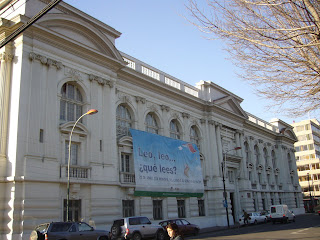 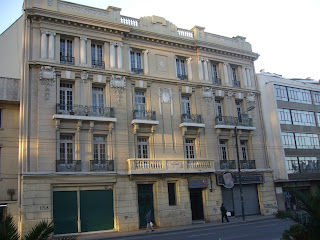