Who's Worse? London or Valparaiso

A few weeks ago, I posted about some good and bad things that the council has done recently.

One of the bad things was wasting money (around us$20k) on a terrible logo for Valparaiso. The logo was accepted by the council and recently, before coming into use, it was dropped after extremely widespread criticism. I actually think this is a very positive step: Councils don't usually admit mistakes so it's good that Valpo's has had the guts to admit it was wrong on this one.

Anyway, Valparaiso doesn't have a monopoly on crap, overpriced logos. London's 2012 Olympic logo apparently cost in the region of £400,000 (that's a little under us$800k). It's been massively criticised and, during a promotional video for the games, a cartoon version caused epileptic seizures. 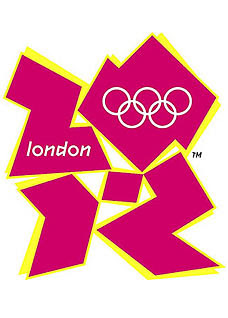 Now I'm not sure how this sport will be judged. Will it be like the 100m where speed is the most important thing? Or will it be like gymnastics and judged on technique and artistic ability?

That logo is just ugly as sin. I genuinely don't even understand how an argument in its favor could be constructed.

It might reference olympic felatio, but I can only look at it and think how someone got screwed.

I'd like to come back with a witty comment but I don't think I can top that.