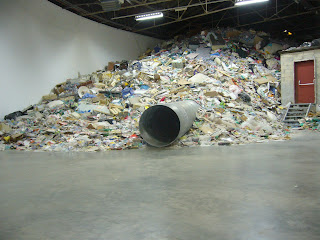 As I mentioned before, I've been to Paris so many times that I generally don't do touristy things when I'm there. However, my brother recommended an exhibition at Le Palais de Tokio. So I went.

To say that the main exhibit is extraordinary would be an understatement. As you walk in, you're confronted by a huge mound of rubbish-magazines, bottles, assorted crap. In the middle of the mound is a corrugated tube. You crawl through this tube, where you're met by a professional fireman and then...you're in a kind of massive house. The house is full of all kinds of old rubbish, all salvaged and scavenged and 'ordered' into different rooms depending on its use. It's basically a huge slum dwelling where families would recycle and salvage everything that people throw away. There's a school, a sewing room, a tobacco area, a garage, a chapel and more. The creepiest part is the massive collective dining hall, the only room you can properly stand up in and stinking of roast chicken. Because of the smell, it feels like there were people there recently and the emptiness is really weird. It kind of feels like everyone just disappeared suddenly and without warning... muy escalofriante. 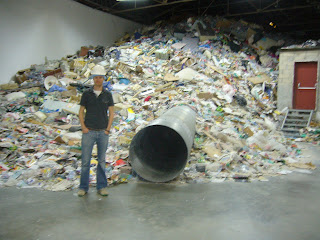 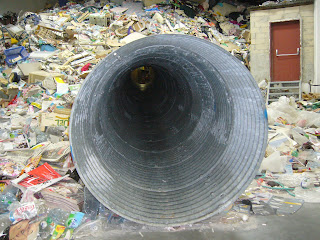 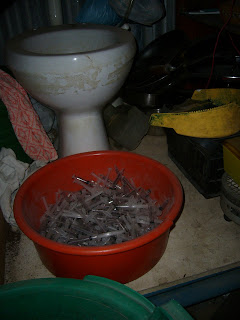 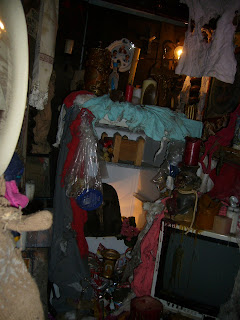 For some reason, the telly was repeating the last 3 minutes of the European Cup Final from 1999 when Man Utd beat Bayern Munich with 2 goals in the final moments of the game (hence the '2-1' drawn in the dust on the screen) 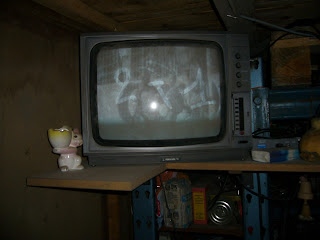 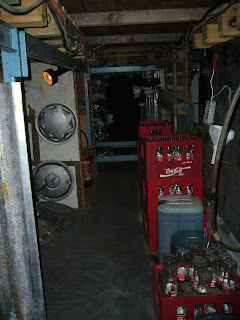 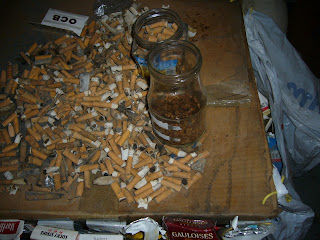 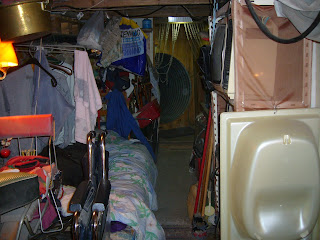 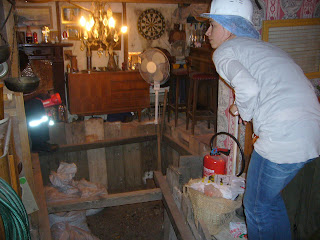 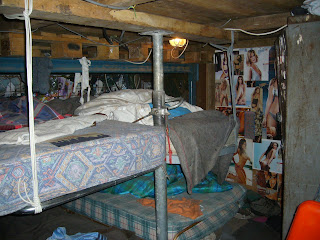 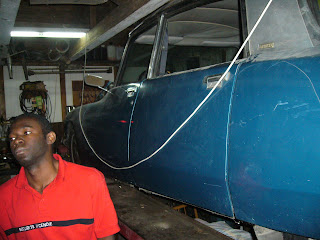 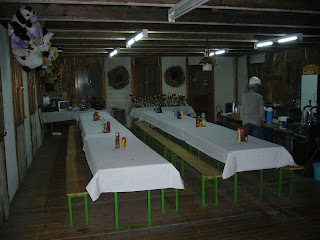 It's all created by a fantastically warped artist, Christoph Buchel, from Switzerland. None of it is 'real'. My description and the photos simply do not give an hint as to the madness and scale of the exhibit. It is truly incredible and a very powerful reminder of how much we waste that can be and is re-used by people less well off than most of us. It's a reminder of the squalor in which many people are forced to live and the way in which they eek out some kind of living.

The name of the exhibit?

A couple of other cool exhibits were:


The gas-powered beer bottle killer that propelled bottles at 400mph into a wall at random intervals, creating a deafening roar and crash that terrified visitors all over the exhibition halls. 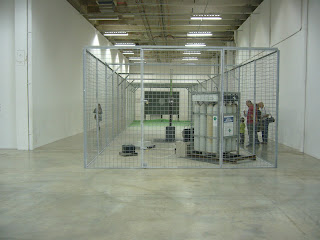 The life sized paper mache elephant standing on its trunk. 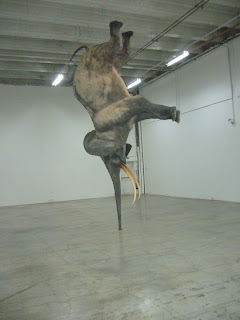 I used to get paid to go to those shows.