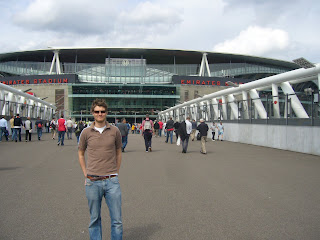 Me at the Emirates
As a West Bromwich Albion fan, I was obviously very excited to see us win promotion to the Premier League last season. And I was even more excited to see that we were playing Arsenal on the first day of the season in London just as I'd be back in England. Thanks to my brother I was hooked up with a ticket. Unfortunately, it was sitting with the Arsenal supporters but beggars cannot be choosers when it comes to watching the Baggies so I gratefully accepted the freebie.

Now I always find it funny when foreigners bang on about English hooligans and how dangerous it must be to watch live football in England. England is now almost certainly the safest country in which to watch top-class football. There are no fences around the pitch (and no one but the players ever set foot on it), policing is generally low key and fans are free to mingle outside of the stadium (with the exception of derby games when things are a bit stricter). No trouble whatsoever. Matches in Italy are terrifying from what I've heard from people with experience and Spain and France aren't much better.

I am lucky enough to support a club with renowned friendly fans. We don't have a reputation for anything other than being just good supporters. In around 25 years of going to games, I've never seen any trouble and that includes quite a bit of time in the '80s when hooliganism was a problem. Some clubs, such as Wolves, Cardiff, West Ham and Millwall have justifiably poor reputations for nasty supporters but even that lot are a bunch of pussycats in general.

Fans from both clubs outside the Arse stadium. 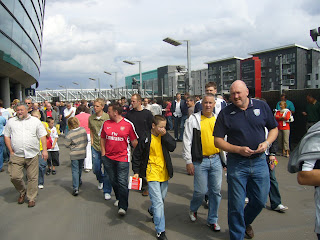 So back to the games...we lost both, The first against Arsenal away and the second at home to Everton. Both games we could and should have at least drawn and possibly won but such is the life of an Albion fan.

One benefit of supporting a club like West Brom is that you learn how to handle disappointment exceptionally well.

The difference between Arsenal and West Brom in terms of wealth is immense and can be seen in their respective stadiums. Arsenal recently moved to the brand new, state of the art 68,000 capacity Emirates Stadium. It is an incredible place, beautifully designed with comfy, cushioned seats, decent toilets and great acoustics. It's a fantastic modern football stadium. It's a shame it's full of boring, silent Arsenal fans, without doubt the worst home supporters I've ever heard. Their old stadium, Highbury, was nicknamed Highbury Library and it was not uncommon to see students at matches studying for exams as it was the quietest place in London during home matches :) 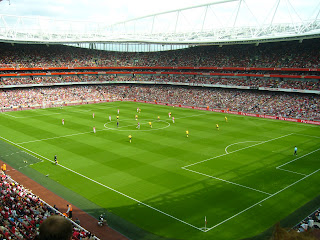 Where I really wanted to be...with the Albion fans. 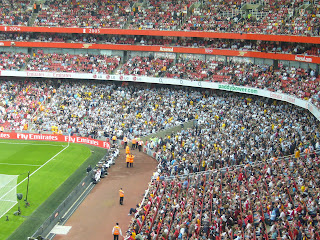 West Brom's The Hawthorns, on the other hand, is an old school football stadium. We've played at The Shrine for 100 odd years and, although it's been recently redeveloped, it will never be a modern stadium unless the whole thing is razed and rebuilt. I wouldn't want that to happen. The noise the 28,000 crowd generates is awesome. The only other place I've heard such good home fans is at Fratton Park, home to The Skates. 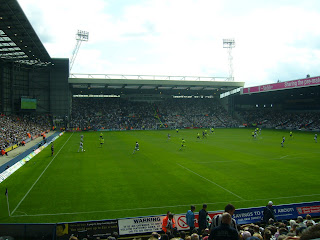 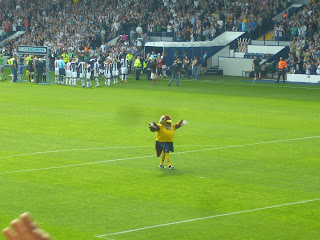 You're a good candidate for a Santiago Wanderers fan .

I've deliberately shown no interest in football here. I have enough pain and suffering with the Albion.