I've never been much of a fan of Viña del Mar- i've always found it to lack charm and anything to really make it special. But Viña's starting to grow on me these days. Whereas Valpo is crumbling-buildings and pavements alike-Viña is all shiny and new. It's kind of nice to walk around and not have to worry about breaking my ankles from time to time. In Viña, behind the mall the streets are generally pretty quiet and there are some cool old houses and the odd monster palace to admire. The city's got some really good bars and restaurants and, out of the summer months of January and February, it's a pretty chilled out city despite being home to around 250,000 people. In summer, it's hell. The journey from Valpo to Reñaca usually takes 25 minutes. In summer, it can take well over an hour and a half. The place also fills up with screaming children high on sugar and parents unable to control them. Not fun.

Viña's jewel is Cerro Castillo. Cerro Castillo is Viña's equivalent of Cerro Concepcion in that it's where the stinking rich built their homes back in the day. Many wealthy families from both Valpo and Santiago had second homes in Viña, when the city was a highly exclusive beach resort (and not the slightly flaite city it's now become). Cerro Castillo is so known because it has, well, a few castles dotted around the place. The Carabineros de Chile now occupy the most visible one and there are two at the foot of the hill-the Club Arabe-Siria and the Castillo Wulf, now the local council. The area is full of huge old houses with gardens (something lacking in Valpo). It's also home to the summer presidential residence. Between the police HQ and the Presidential Palace, it's one of the safest places to live in Chile.

It's more than worth an afternoon exploring the hill so if you're in town, make sure you stop by. 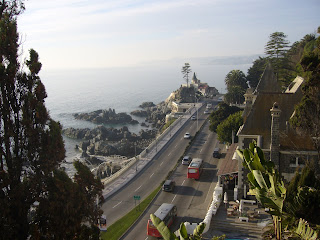 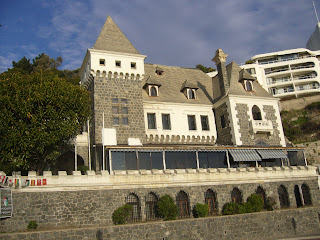 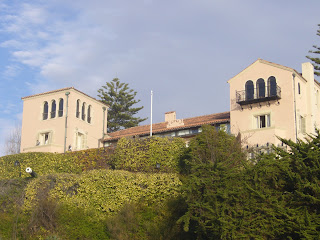 Main entrance to the Presidential Palace 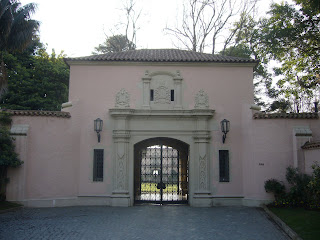 View of the new Sheraton 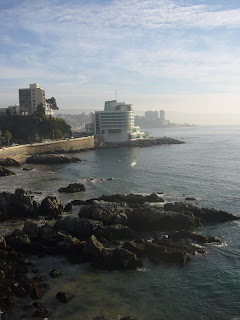 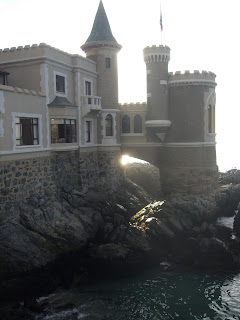 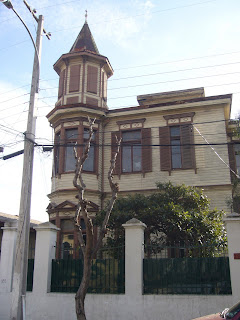 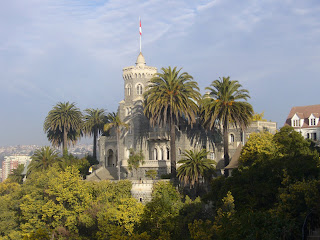 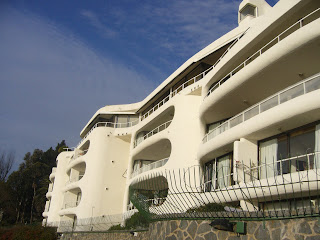 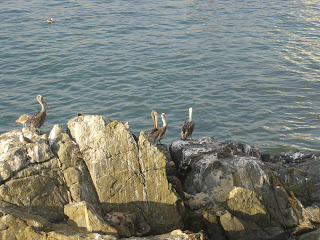 The Cap Ducal restaurant and hotel 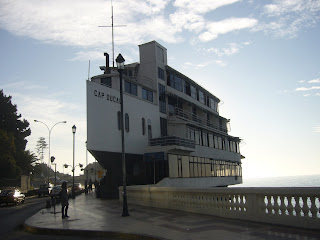 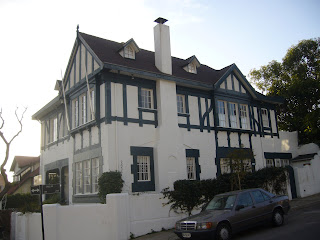 The curvy apartment block is way cool. I want an apartment there.

Viña del Mar was the best of my Chile experience but I guess that's not saying much!

that apartment block is pretty cool, and it's built into the hill really well so it doesn't look out of place (more than can be said for the 20 storey 70s tower block a couple of minutes away). it's a shame they had to pull down a huge old mansion in order to build it...

i think chile was probably a fairly miserable place the last time you visited..(back when the argentine peso was pegged to the dollar-that's a loooong time ago now!). It's amazing the change that has taken place in just the 3 and a half years that i've been visiting and living here.

When you were last in chile, Valpo wasn't even thinking of being nominated a world heritage site and was seen as a total shit hole by most Chileans, real coffee would have been nigh on impossible to find and trying to find a decent proper restaurant with sensible prices would have been a nightmare...and the country would have been over run by mendocinos stealing all of chile's best looking girls from under the noses of their chilean cousins!! Times have changed a fair bit...(except for the fact that although there are fewer visitors from argentina, they still steal the best looking girls...chilean girls are suckers for argentine charm...)

That Sheraton hotel is really sweet. Plus the food in Vina is really nice

yeah, i quite like the new sheraton-from the outside at least as i haven't been in. It fits in quite nicely with the coastline and is one of my preferred new buildings along the coast in chile.

Vina's growing on me more and more. At first i thought it was soul-less, now i realise i was judging it on the summer months i'd spent there. Out of season it's got a really nice vibe to it, relaxed and quiet fun. Summer really is hell but it's 2 and a half months and then it's pretty much dead apart from the odd long weekend. And it does have some really good places to eat.

The setup was perfect near the sea and the architecture of the houses seems like Disneyland. Here in singapore, the place I lived, we have no water surfaces where we can spend our cuddle time. All we have are studio apartments and HDB flats with artificial scenes.