After getting back from Santiago, we went to the house to see how things were moving forward. The floor upstairs has now been taken up so there's daylight between the ground and 1st floors. Fortunately, all the beams are in good condition-they've bent a little as the house slipped a bit down the hill but it's nothing major.

We also had a visit from the head of the Consejo de Monumentos Nacionales. This is kind of the equivalent of the National Trust in England but with the difference that in Chile, the organisation is permanently broke. Anyway, we want to make a slight change to the house which will alter the exterior appearance of the place just a little bit. Because we're slap bang in the middle of a UNESCO World Heritage Site and our house happens to be one of the most noticeable in the area, we have to get a building permit. The lady in charge of the Consejo de Monumentos Nacionales holds a lot of sway with the local council who give the permits so our architects thought it a good idea for her to see the house and give her opinion. It was also good for us to meet her as we will probably have quite a few dealings with the Consejo and the council if things go well with work.

Despite her initial stance of trying to be a little tough, she softened quite quickly and was really nice and impressed with what we were doing. Without actually saying 'yes' we think she pretty much gave us the green light, which is great news. She's a pretty important person so it was imperative we gave left a good impression. I think what she liked most was that we're restoring the house to its former glory and we're actually going to live there. She explicitly asked whether it was going to be a holiday home and looked relieved when we assured her it wasn't.

So, all in all, a good day. Below a few more photos of the structure. 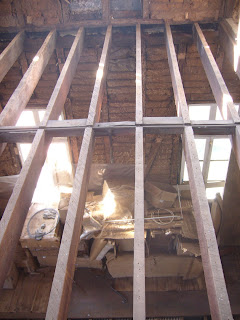 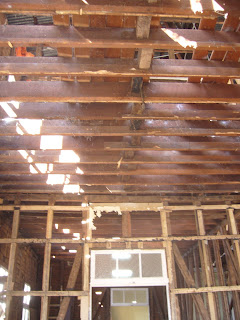 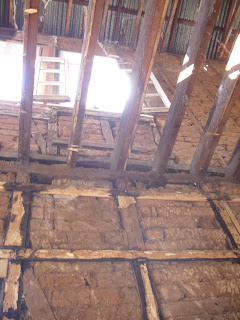 And finally...sunset over the Pacific from where we're staying in Reñaca. 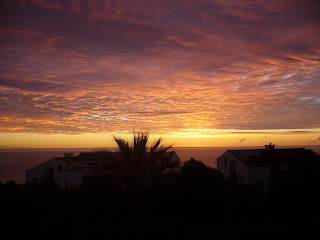