Last week we finally made it to the Lord Cochrane Museum on Cerro Cordillera. First things first-it's not actually a museum dedicated to our old friend Lord Cochrane as i assumed it would be. It's actually where he once lived. It's been renovated and preserved and is now used as an exhibition centre from time to time. Unfortunately, there wasn't anything on show at all when we went which was a bit of a shame.

Anyway, what the museum does give you is beautiful views over the bay and of Plaza Sotomayor. Out front, there's a huge terrace from which local dignitaries and well-connected people watch Valpo's famous New Year firework display. It's also a good vantage point when there's any celebration down in the Plaza.

There's not really much more to say about it really, so here are some photos i took that day.


This is the Naval HQ down in Plaza Sotomayor. It used to be the Intendencia de Valparaiso, but they now prefer the stunning building I mentioned a couple of posts ago. I'm not a huge fan of the colour but the building is pretty cool. 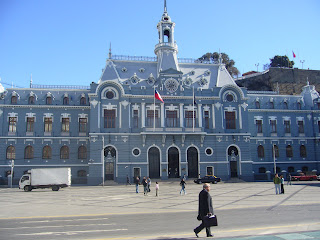 This is the plan for Calle Serrano. Improvements are supposed to be made to the street and the buildings destroyed in the February fire are to be re-built. Work due to start in July. They've got a day left. 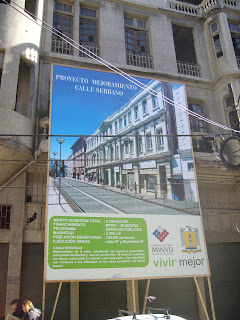 The Ascensor Cordillera is closed from 1-4pm so we had to walk up instead. You cans see the lazy and slow girlf and sister lagging behind as usual. 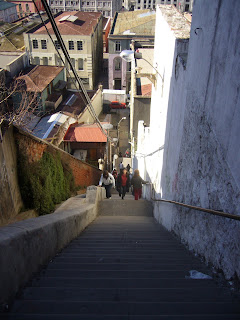 At the top of the ascensor you come to this little square. Turn left at the top and you'll find the 'museum'. 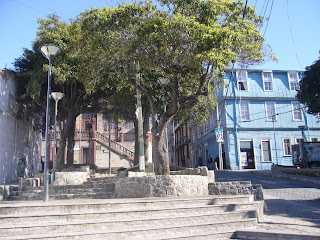 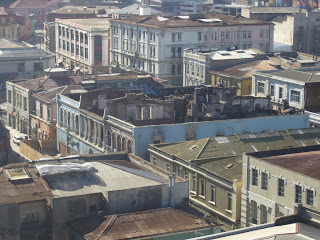 Another Valpo masterpiece of subtle new architecture. But at least they kept the original facade for the first few floors. 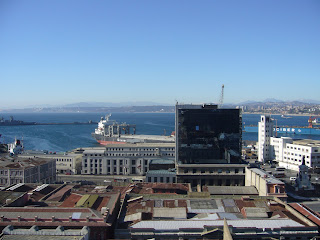 A view of the Ascensor Peral that takes you up to Cerro Alegre. You can see the Palacio Barburizzi. It's twice the size i thought it was. 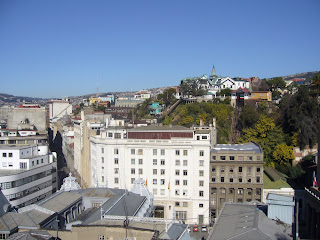 This is the house where Cochrane lived. 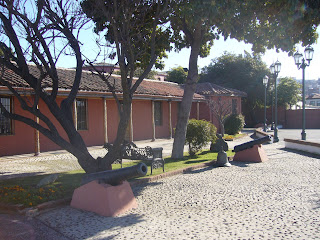 View of the Pacific and the Andes 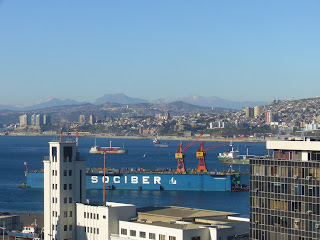 Finally, this piece of land is right next to the museum. If you look closely, you can see that it used to be a house built into the hill. There are still windows visible and you can see how the engineers managed to construct much of Valpo's crazy archictecture. 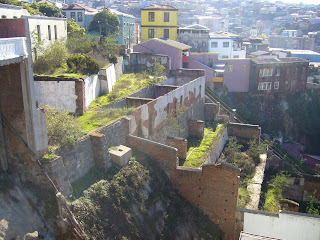