Edificio El Mercurio-Before and After 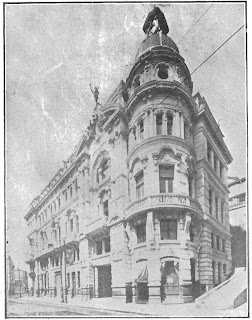 Here's an old photo of the Edificio El Mercurio taken in the early 1920s. Not much has changed on the outside since the building was completed in 1901. It's just a little bit dirtier these days but it's in great shape for a building that has withstood two huge earthquakes** in 1906 and 1985. It's one of my favourite buildings downtown and a pretty potent symbol of the wealth that Valparaiso used to enjoy. The newspaper that used to be written and printed in the building is now a bit of a joke. It's the world's oldest Spanish language newspaper still in print but it went tabloid a while back and stopped bothering to invest any money in decent journalism. El Mercurio (de Santiago) is the country's most important newspaper these days so Valpo's version just doesn't really matter anymore.

I keep meaning to go in to the building as i'd like to see the archives- there's apparently a mini-museum in there as well, you just have to ask nicely to go see it (or so i've been told). Hopefully i'll have some time after New Year. 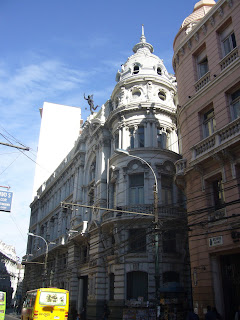 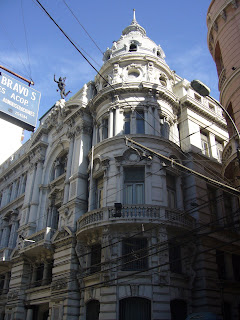 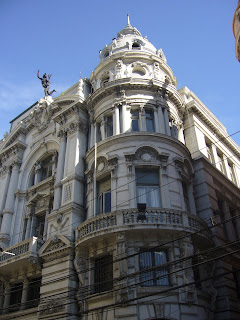 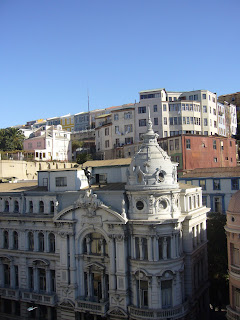 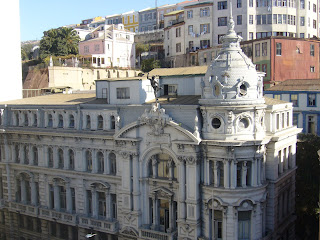 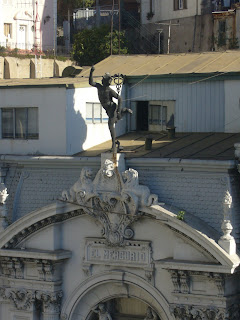 *Speaking of earthquakes, while i was in Argentina there was a bit of a rumble- a 6 on the Richter Scale. There have been quite a few aftershock tremors over the last few days as well including 2 yesterday evening (i didn't feel them). There was very little damage fortunately and no major injuries, although a couple of houses fell down in one of the poblaciones high in the hills. Apparently, some people really believed the big one was coming as it felt a lot stronger than a 6. That pleasure still awaits us...One thing about Cerro Concepcion is that it is apparently the most solid bedrock in the city. No houses have ever fallen down on Concepcion due to earthquakes, although i strongly suspect that this won't be the case during the next biggie. Termite damage has left many houses here in a terrible structural state, something most people here can't afford to fix.
Posted by Matt at 14:00