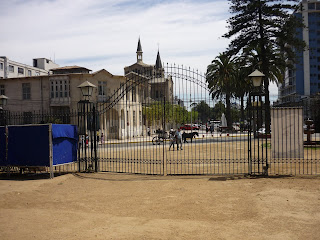 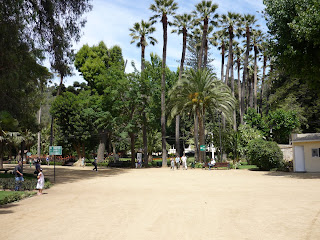 The palace was built after the original residence was destroyed by the 1906 earthquake that hit the region. Finished in 1906 it's in the Neogothic-Venetian style. 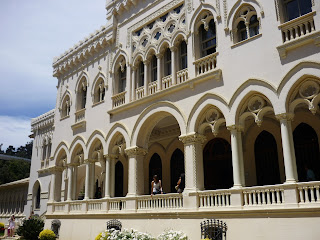 Despite looking vast, the palace isn't actually all that big. The ground floor is spectacular with 6 or 7 metre high ceilings, beautiful cornices and moldings and parquet floors. But the second floor living quarters, which aren't open to the public, look like they're pretty basic with a fairly small and tight staircase leading upstairs. 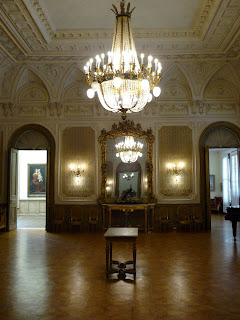 I love the skylights... 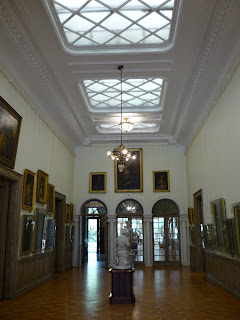 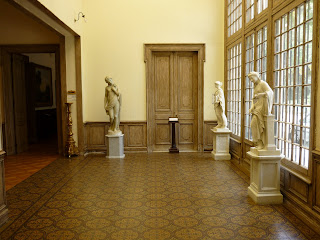 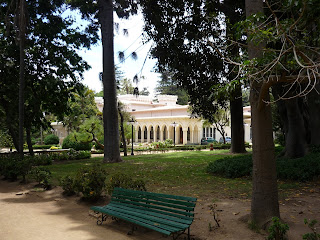 Behind the palace is a pretty big park with dirt trails leading up to some decent views. Unfortunately, it's apparently unsafe...we were right at the top when two security guards suggested we might want to head back down as people have been robbed when walking away from the flat garden area at the bottom. There are also security guards on dirt bikes patrolling the park. This is so sad and one of the downsides of living in a developing country. In Europe or the US this kind of park would be safe and popular. It'd be a great place to spend an afternoon wandering or to go for a picnic. Oh well... 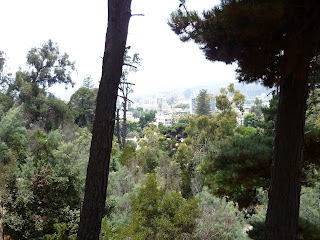 The Festival de la Cancion is held in the Quinta Vergara every year. International and local stars battle it out for the Gaviota! Gaviota! Gaviota! and the hope that the notoriously fickle Viña crowd doesn't turn and start booing. Word of advice to potential winners: Don't be like Enrique Iglesias and throw a large metal, heavy, sharp and decidedly pointy trophy shaped like a seagull randomly into the crowd. Muppet. (Click here for an entertaining re-enactment, as Youtube has deleted all videos that show the real thing). 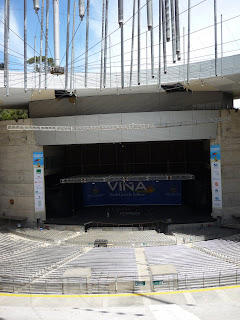 Would you like to be sitting under this giant death contraption during a major earthquake? It seems designed with maximum carnage in mind. 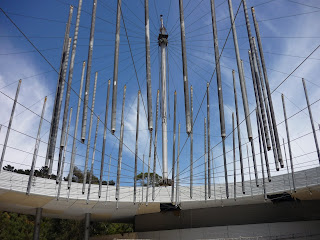 ha interesting. When I lived/studied in Vina I ran in the park and on all the twisted back trails, and never had a problem. Part of it might have been because I was sweaty and actually running fast... but I also wasn't there during peak robbing season.

Yeah, i'd imagine it fine for jogging...it's not as if you're going to have money, camera, handbag, backpack etc and you'd also be pretty hard to catch...

I don't know if this is a recent thing...but I'm guessing that the guards are a reaction to events rather than a proactive attempt at keeping people safe...that's not really how it works here...

i think that this park is probalby the only thing i like in all of vina.

Cerro Castillo is really nice for a wander. Apart from that, the road leading away from Vina is lovely.