If you can believe it, I've been really busy over the last week or so. For a work shy layabout like myself, it's been hard few days...but I've survived...and I've got 2 or 3 blog postings out of it as well so you're the winners, really.

Firstly, on Saturday, I met up with Shira Lazar. She had got in touch with Kyle from JMCS a couple of weeks back regarding a tv program called something like 'Confessions of a Travel Journalist' for the Travel Channel in the US. The premise for the show is that the cameras would follow a group of 5 travel journalists around Chile in a kind of reality show format. It's not really a travel show in itself, more of a show about travel journalists.

The other 4 journalists worked for various print and online media, including an MTV offshoot, a luxury travel magazine and a culinary magazine. Shira was (and still is) writing for Jaunted (scroll down for stories) a kind of pop travel guide and is also vlogging for another site.

Firstly, the lives of travel journalists are as glamourous and also as totally freaking hectic and nightmarish as you might think. They get to stay in luxury hotels, eat in fantastic restaurants and get everything booked and planned for them...but at the same time, they get hardly any breathing space, no sleep, have a horrible schedule and need vast amounts of patience...especially with a camera crew in tow telling them to repeat conversations 5 times over.

And Shira had it worse as she was the only one who had to do all this crap and post stories every other day. The others were just taking notes...

Described by Jaunted as a 'West Coast Web Media Princess', I have to say I wasn't expecting the most grounded of people...to say the least...but it turned out that Shira was really fun, down to earth and just a genuinely nice person. We had a great time showing her around Valpo.

In the morning we headed down to the market, taking a trole there. 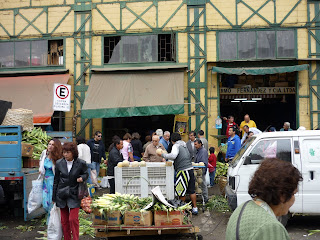 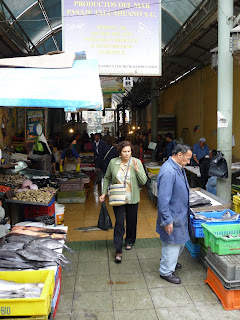 We walked back along Pedro Montt, ducked into the Teatro Imperio... 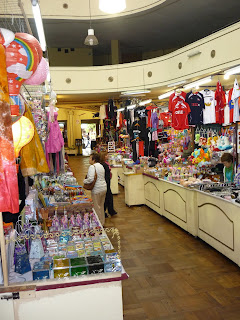 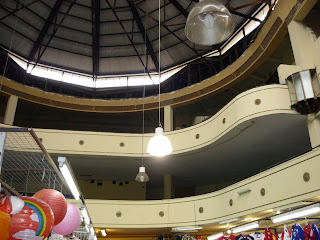 ...and then ate Chorillana and drank beer in Mastodonte. 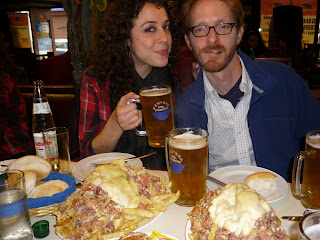 From there we took Ascensor Concepcion up, had a quick cup of tea in my house, where Shira got a bit of work done... 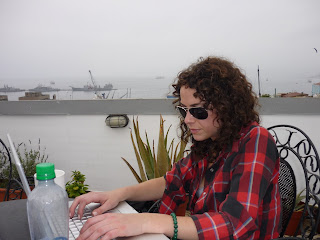 ...and then went to Cementerio de Disidentes and Numero 1. 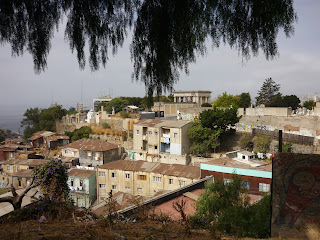 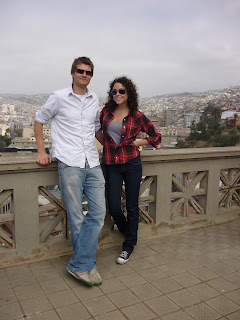 After that we wandered over to the Ex-Carcel... 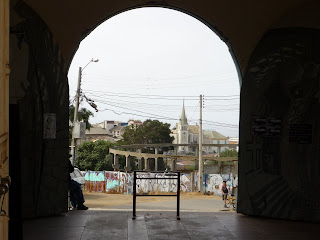 ...and then down to Plaza Sotomayor where we had planned to take a boat trip around the harbour. Alas, the Queen Mary was in port and hundreds of Chileans had come to take a trip around her...it was too busy to take the trip. The Queen Mary is big... 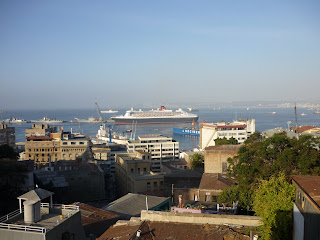 We then took Ascensor Peral and in front of the Palacio Barburriza we came across the guy with the titeres ecologicos (video).

After that we stopped off for a shifty beer on the terrace of the Zero Hotel before going home for a break. 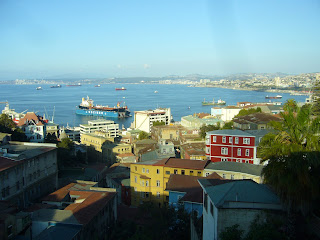 In the evening we went to Allegretto for pizza and then finished the night off in Epif for more merriment and photo face practice. 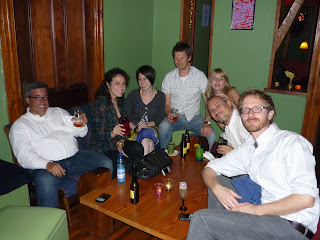 I have to say that we had a really fun day- not just with Shira but with the other journalists as well. I think that the Travel Channel is going to have some serious editing to do unless they want their show to get an R Rating. These guys were so funny...from the hilariously jaded luxury travel writer ("Street food is just food for people who can't afford to eat in restaurants for fuck's sake!!) to the uber-gay gay lifestyle website writer who had, shall we say, fun in Valpo, this was an entertaining group.

(From one work-shy layabout to another, though, I'm not sure hanging out and drinking counts as work.)

I'm not sure 18 hour shifts starting at 4am on some fruit farm in the middle of nowhere count as work either, pal, but you wouldn't catch me throwing that in your face.

Well done again Matt...Valpo ought to be happy for all of the exposure they got...with your help showing Shira around...great pic's etc...wow she's a beautiful woman!!!