If there's one building that is emblematic of the neglect and lack of respect for Valparaiso's architectural heritage, it is surely the Edificio Luis Cousiño, "affectionately" known as La Ratonera-the Rats' Nest.

(**ignore the writing on the photo, it's not the Subercasseaux, that's on Calle Serrano) 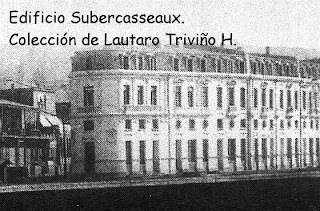 Built in 1883 by Isadora Goyanechea in memory of her late husband, Luis Cousiño a famous and filthy rich local businessman, on the corner of what is now Pasaje Ross and Errazuriz/Blanco right down by the water, the Cousiño was the first building in Valparaiso to take the form of a ship, in a triangular shape. The building withstood the 1906 earthquake and the 1985 earthquake without any trouble whatsoever. 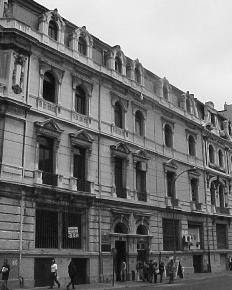 Unfortunately, it couldn't withstand the intentions of its new owner. Clearly someone who wouldn't understand culture even if it came up and kicked him in the arse, the guy bought the Cousiño in the early '90s with the intention of (quiz time):

If you chose a or b then you haven't been reading my blog for very long...

Unfortunately for the owner, but fortunately for everyone else, the local citizens' group Ciudadanos Por Valparaiso managed to get the building listed as a Monumento Nacional, meaning that the facade could not be touched unless the whole thing just fell down. So in 1994, the owner decided to let the building rot. In 1997, there was a 'mysterious' fire that burned the entire building down. But not the facade-that's still standing-so still no hope of knocking it down.

Since the fire, the building has suffered from further arson attacks, graffiti and being used as a public toilet by tramps. There have been a number of potential projects but none have come to fruition. 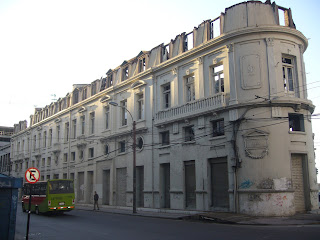 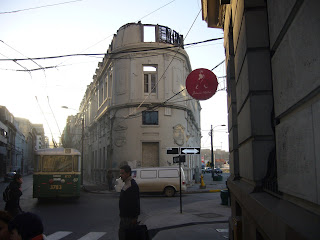 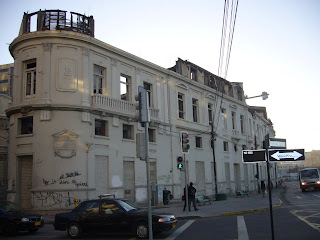 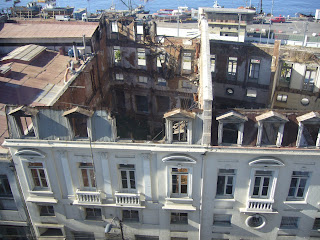 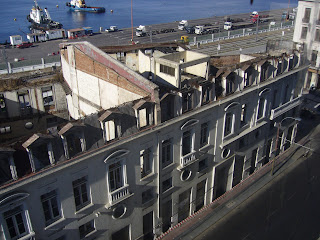 It's been my dream to get hold of this magnificent building and renovate it ever since i first drove past over a year ago. It's in such a key location that its renovation could genuinely set off a chain of projects that would speed up the re-birth of the entire city. My initial calculations saw a minimum profit of over us$2 million by converting the building into: underground parking 1 or 2 floors down, shops on the ground floor (offering cheap rent for 2 years and aiming to attract a high profile 'lifestyle' shop which would serve as a magnet to attract other businesses to the area around), offices on the second floor, luxury apartments on the third and fourth floor and a top restaurant also on the fourth floor. I had even started to talk unofficially to people-Chileans, not foreigners- who might have the cash to invest...and there was interest (especially when the profit figure came up :) .

So i was really disappointed when i heard that the council had bought the building and given it to DUOC (the technical arm of the Universidad Catolica) to fix up. Even so, i'd really like to hope they'll actually do something with the building. The last time a local university bought a large abandoned building, this happened: 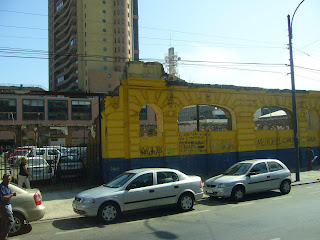 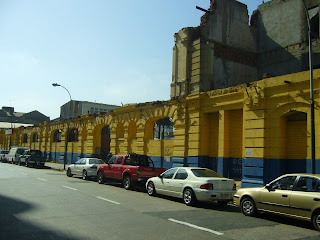 The Universidad de Valparaiso knocked it down and then...and only then...did they realise they didn't have the funds to rebuild. Forward thinking at its best.

So far, i've heard nothing of DUOC's plans for the Cousiño. I hope something happens soon but i have my doubts...the council is still apparently trying to get the purchase approved by the government. If i were a government official, i wouldn't give them a penny until they fix up the Palacio Barburizza.

On a more positive note, plans were released last Thursday for the renovation of the Plaza Sotomayor (again). This time, they're going to (finally) close most of the square to traffic and attempt to make it a cafe-centred pedestrian dream. Huge palm trees will be planted and the Muelle Prat, where you take the boat trip around the harbour will also be completely updated. It's actually a pretty good plan and work is due to start next June. The project is being undertaken by the architects responsible for the spectacular Cultural Centre in La Moneda in Santiago. Fingers crossed it'll get underway and be finished on time... 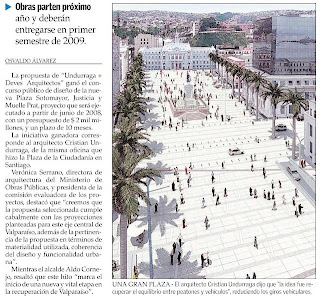 Sometimes I wonder if they deserve anyone refurbishing the Rat's Nest.