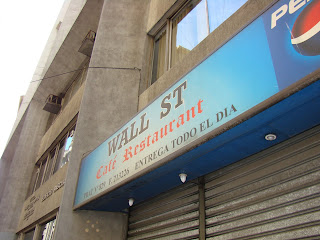 As you should already know if you've been reading this blog for a while, Valparaiso was once one of the world's most important ports. It was home to South America's first stock exchange and then the nitrate boom in the north really kicked things off. Valparaiso was the banking centre of the nitrate industry, where all the financial deals that made quite a few people incredibly rich (not the poor workers, of course-mainly foreign i.e. British companies and individuals) were done. This was banking globalisation in the 1800s and early 1900s. These banks left behind some of the best of Valparaiso's downtown architecture, especially on Calles Prat and Cochrane .

Today's banks take their place, some in the original buildings, some in new ones. And there are a lot of banks in Valparaiso, despite the city only recently starting to emerge from decades of gloom...

So here are a few photos of Valparaiso's Wall Street.


This is the incredibly gorgeous Banco Santander that used to be the Banco Londres. It's really quite spectacular inside, identical to a fussy old bank in the City (London, that is) with beautiful woodwork, cornices and mosaic tiles. You'll have to take my word for it-i wasn't allowed to take photos inside when i asked a few weeks ago. Understandable- it is a bank. 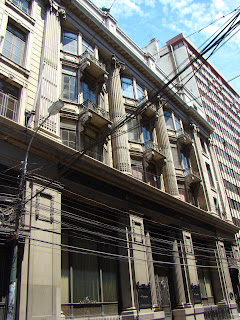 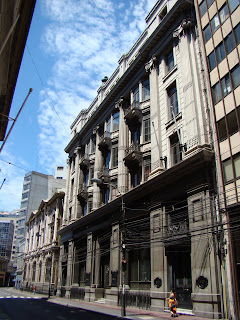 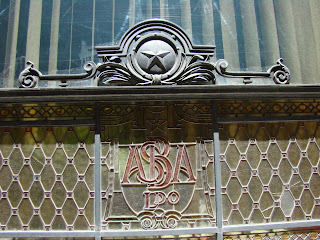 There's another Santander opposite 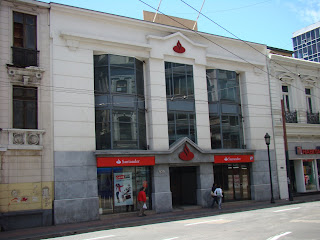 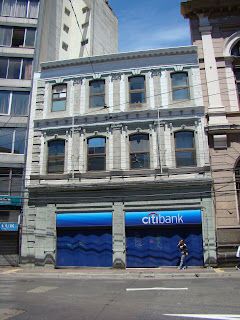 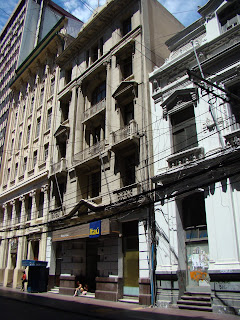 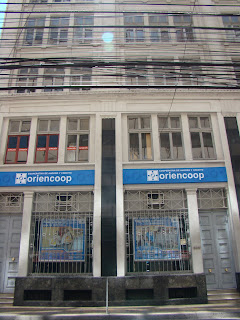 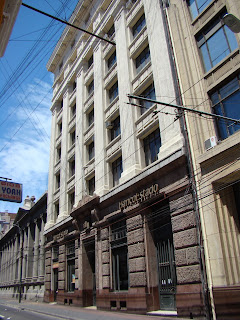 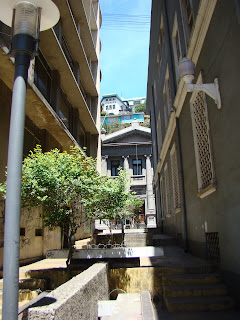 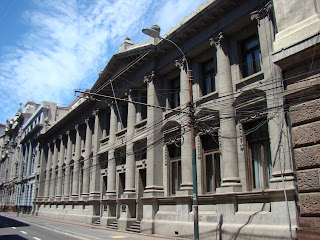 Technically not a bank, Servipag is where you go to pay your bills 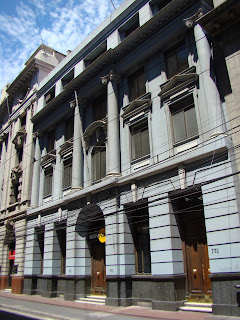 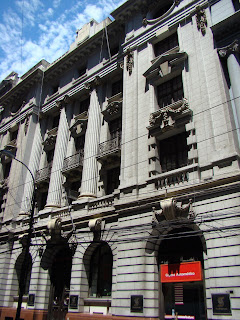 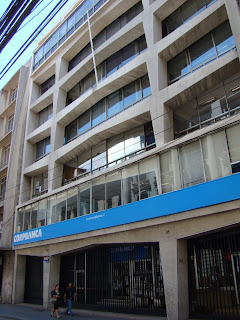 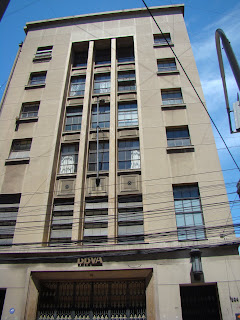 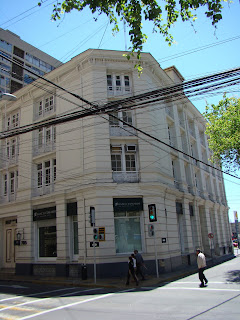 BCI workers get the worst bank building in the city 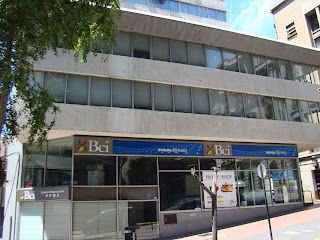 Banco Condell has a slightly groovy building to call home 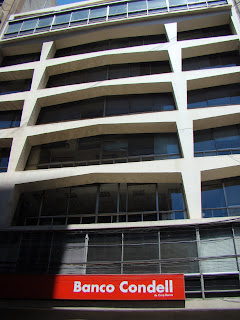 Hi Matt:
That "ASBA" sign on one of the banks in Calle Esmeralda, stood for "Anglo South American Bank", owned by no one else than himself: John North, the saltpeter tycoon of the 19th century. It is a real jewel of a building and it even has a plaque commemorating the "locals" from Merry Hill that fell in the great war '14-'18 fighting for their fathers' king. We could certainly do away with those miserable cables though!

I stand corrected..! And here's where i photo'd it before (and got the name right). I didn't know that it was North's bank though...the Nitrate King himself! If you haven't already read 'Pinochet in Picadilly' by Andy Beckett you definitely should. It's a brilliantly written history of Chile, particularly about North, Valpo and the nitrate boom.

Nice casing Matt, thanks for emailing me those interior shots. My neighbors leave their car unlocked usually so I think we've got a solid escape vehicle. Ping me when you're ready to hit.

Wait, is this blog viewable by the general public? Shit...

Yeah, anyway, that was a "joke" what I said above.

But seriously folks that BCI bank is that the one right across the street from the gas station???

DO NOT GET CASH FROM THEIR ATM EVER.

That ATM gave me fake cash.

I'm on chapter 2 or something of Pinochet in Picadilly but set it aside to finish another British novel, can't wait to finish it, it's pretty cool so far, I like Cochrane.

You're popular tonite, Matt. I just need to clarify: BCI isn't the bank with the bad ATM (that I know of, at least) but rather it's the GAS STATION across the street from the building pictured (or at least it seems that way from the picture).

I think the Chile offers the best potential for grand larceny...lots of hiding places, crappy security, no bullet proof work stations for the staff.

There's an ESSO pretty much opposite the BCI-a block down. I've only taken money out of there twice..no fakes so far.