*I posted this over on Colchaguino first but realise I've neglected this blog even more so I'm re-posting here as well. But to make it more relevant to Valpo, I've added an old photo. :) *
See- old photo. Don't you wish Valpo still looked like this? 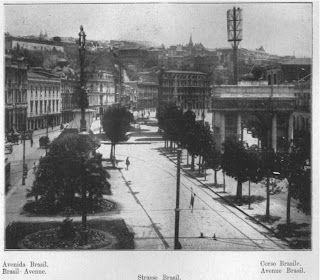 As anyone who has been following this blog for a while can tell, I haven't really been in the mood to post much over the last year or so. I just really haven't had the desire or energy. I think I'd been in a low-level bad mood for so long, it became my reality and I didn't realise why I felt so low on energy and general bounciness. Not that I've ever been particularly demonstrative...I did go to boarding school in England, after all. Trying to get me to show any emotion at all is something that has driven some past girlfriends to the edge of insanity. :)
After my short trip to Colombia, I feel completely different. My good mood is almost tangible. It's really strange...it's like a physical change. I'm feeling positive about work for the first time since the earthquake hit my business really quite hard (that's www.chileinvestments.com in case you haven't worked it out), I'm feeling positive about living in Chile and I'm loving calling Colchagua 'home'. There's a really great little community here and I'm starting to feel like a real part of it now. That's a nice feeling. And I've rented a small flat in Parque Forestal, Santiago to spend time there when I need a change of scenery (get in touch if you want to meet up for a drink or something- I've never lived in Santiago so don't actually know many people there!).
Something I thought might throw me out of my good mood was what I was doing all weekend. I filmed an episode of a wildly popular real estate show in the US and around the world that I'm contractually obliged to be positive about... :) I thought that a weekend of filming would drive me insane, but it was actually a lot of fun.
The crew were a real laugh and my clients were great as well (I won't mention who right now as she doesn't seem to have mentioned it on her blog so perhaps doesn't want anyone to know...). Anyway, both her and her husband are really fun and I had a fun time with them (despite helping her buy her place a while ago, I did so remotely and we only met for the first time very recently.)
So the show will air in January in the US, most likely, and then in Chile later in the year I guess. I'll let you know.
And finally, I haven't knocked any walls down recently (maybe that's why I haven't been particularly happy?)...but my drought is soon to come to an end. I've just bought a flat overlooking Parque Forestal (around the corner from the place I'm renting). It's a big renovation job and there are two walls that just have to go. I can't wait to get started...hopefully within 2-3 weeks. The plan for this property is to renovate to a really high standard, furnish it luxuriously and then rent it out to tourists, aiming for the high-end hotel market but providing a far better product at a much lower price. Mid-November we should be good to go. Here are some photos...
The 1960s building. 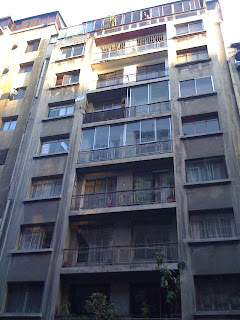 The view of the park is fantastic.
The little, unusable balcony will be incorporated into the living room by getting rid of the first set of sliding doors (see later photos) and replacing the nasty aluminium outer doors with fancy double glazed ones. 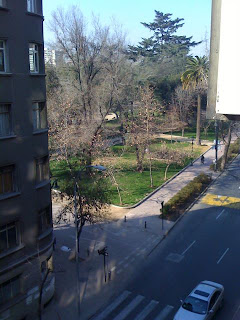 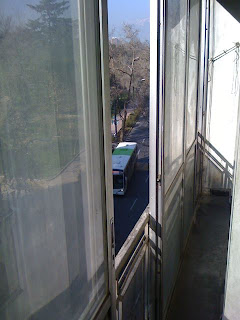 And I also like the street view going the other way. 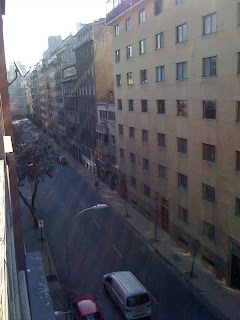 Master bedroom (looks smaller in the photos than it actually is, although it's still not huge- the 2 bedroom apartment is 85m2 total). 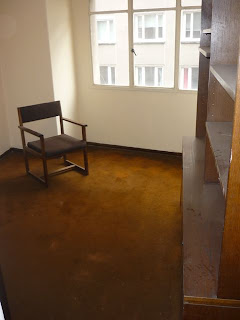 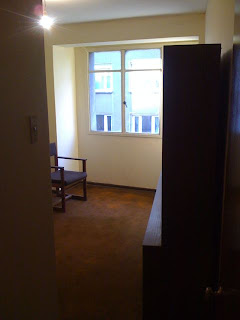 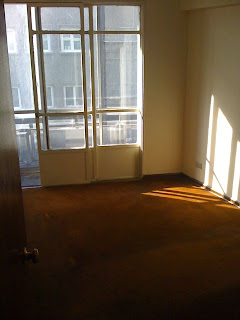 The wall on the right will go, which will open up the maid's room (next photos), creating a 30m2 open kitchen, dining and living room. 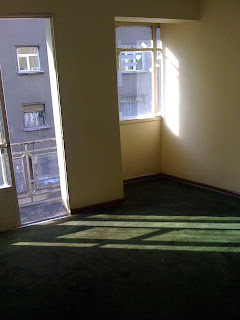 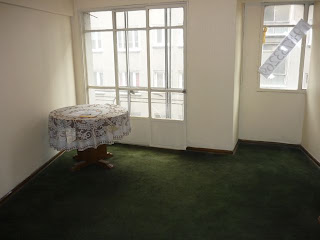 And this wall in the middle...it'll move to the right in line with the door frame, linking up next to that window you see. That'll open up the toilet, which will be converted into the kitchen (also all along the wall on the left). The kitchen will then become a large bathroom. 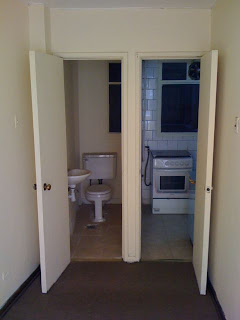 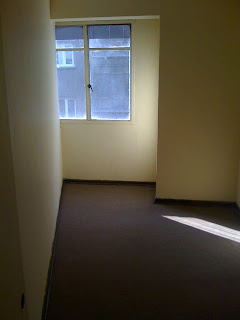 Lovely carpets, eh? Happily, underneath is the original parquet floor. 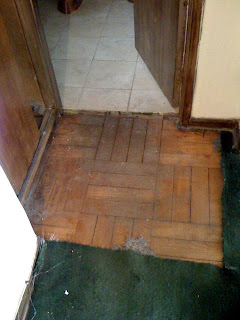 Yey, renovations! I've really missed you.
For photos about my previous renovations, take a look at my old Valparaiso house and my house here in Santa Cruz...
Posted by Matt at 17:47

oh man i have a guess on all aspects!

plus (giving me a hint) did you get hooked up with that TV thing through an almost spammy blog comment?

The telly thing they've been trying to get me to do for ages but I didn't think I'd ever had a suitable client. Turns out I did...and she got in touch with me at the same time the producers were hassling me as well. So it worked out ok in the end. It was a fun weekend, not what I was expecting at all...

Glad to hear you're doing well. I'll let you know the next time we have a bbq or get together :)

Those TV people were hounding us all so hard, but it sounds like they got all the right people together in the end, and what a bunch of stinkers, the whole thing was already a done deal when they filmed it!

Sign me up for coffee sometime when you're supposed to be in the big city, it'd be great to meet up.

haha, yeah they've been trying to get a Chile episode done for ages and basically spammed every single person who has ever ventured online at some point in their lives...but I think they picked the right people in the end...young, good lucking, funny, talented and, most importantly, modest.

Coffee sounds good sometime. I'll be spending some more time in Stgo from September in order to manage the renovations on the flat. Will let you know.