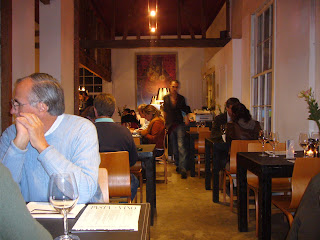 Pasta e Vino is probably Valparaiso's best known fancy pants restaurant. Whenever I tell people where I live, if they don't know I'll say 'around the corner from Pasta e Vino' and they'll suddenly get their bearings. I've even met someone who bought a flat here just so they could go to the restaurant more often.

Now I never really understood all this fame and praise. The first time I went, I was served possibly the worst spaghetti carbonara of my life. It was so dry I had to drink over a litre of water to get it down. The second time, a filthy waiter clearly didn't wash his hands properly and I came away with mild food poisoning. I assumed I wouldn't be going back.

Another problem was its reservation system. The restaurant was only open Thursday, Friday and Saturday and it was impossible to get a table. Actually trying to get through to someone outside of those days to at least try to make a reservation was hit and miss. Very frustrating. Because of this, Pasta e Vino got a terrible write up a few months ago in the Mercurio magazine. Words along the lines of 'haughty' and 'pretentious' were used. I couldn't have agreed more.

However, everyone kept telling me to give it another go. And a couple of weeks ago, I had a dinner planned with some acquaintances. So I phoned Pasta e Vino to try to get a table. And joy of joys...they no longer take reservations...it's now first come, first served. A much better idea.

So we turned up at just after 8pm when it opened and we got a table straight away. And this time, the experience was a huge improvement on my last two visits. The service was good, the wine pretty fantastic (although I can't remember what we had...) and the food finally lived up to expectations.

I went for the spaghetti carbonara again (I thought it important to try the same thing). Really good-not dry, nice and creamy, decent bacon. 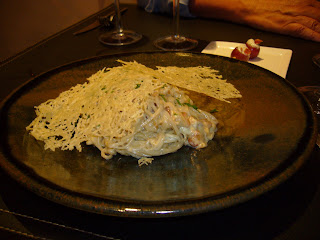 My memory is failing me a little as to what the others had but I'm pretty sure the photos (I'm terrible at food photos as you can probably tell) show duck and plum ravioles, crab ravioles and gnocchi with a white sauce of some kind. Everything was excellent, including the dessert-an apple crumble with vanilla iccream. Even the coffee was good. Well, it was hot-and that's some achievement in Chile. 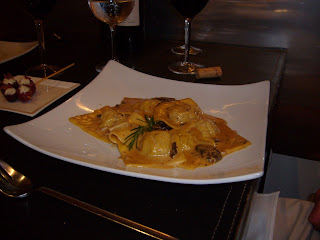 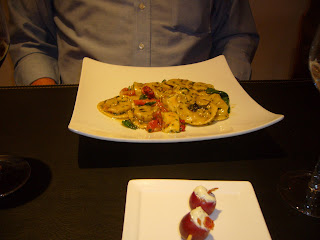 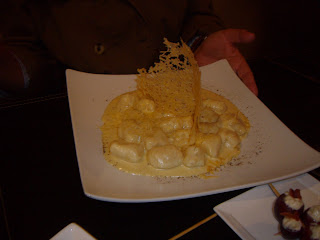 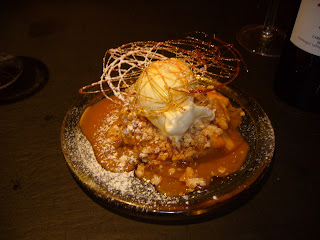 Pasta e Vino is on the corner of Templeman and Abtao, on Cerro Concepcion. Highly recommended.
Posted by Matt at 14:50

Good information on this blog. Also, it is really nice to listen all your words. Thanks for sharing this.Restaurant Equipment

I always wanted to know more and more about various hotels and restaurants in Chile. Thanks for providing such helpful post about Restaurantes Viña Del Mar. This post will help me a lot.

Wow! At last I got a webpage from where I know how to truly take helpful information concerning my study and knowledge.