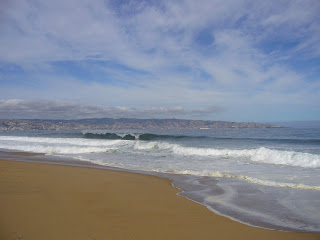 Anyone who's been reading this blog for a while will probably know i've got a bit of a back problem. Just a few weeks ago i was laid up in bed completely immobile. Not much fun, if i have to be honest...

I've got a long term problem-i was born with an extra vertebrae in my back. I like to call it evolution. Others (mainly my family) like to call it devolution. Anyway, part of the problem is this:. If i don't do physical exercise and stretch out afterwards my back hurts. But when it's really aching i can't exercise so it hurts more. As it hurts more, i do even less exercise. This goes round in circles until i completely get out of the habit of doing any exercise at all. Which is what's happened over the last 12-18 months.

I used to be really active. During my last year at university in 2001 i was playing football, going to the gym 5 times a week and practicing karate. I carried on with this level of exercise for the next few years but i then slowly stopped until i realised i wasn't doing anything at all and my back was killing me. The bed-ridden episode of a few weeks ago really made me think as well.

Another side-effect of not exercising is that any beer that i drink goes straight to my belly. I don't put on weight anywhere on my body except around my waist and the only things that make me put on weight are beer and cheese. The extra weight in this area then pulls on my lower back, causing more pain. The problem is that there are some really good beers in Chile and, having just arrived back here permanently, i had to try them all. Anyway, this is how i've been feeling lately:

So i've been on kind of a diet the last few weeks. It's not really that much of a diet, more just cutting out the beer and eating less cheese. I've also started running again. I don't really enjoy living in this flat in Reñaca but it does have the advantage of being next to a beautiful beach. The beach is just about 1km long. I've started out running just for 20 minutes and seeing how far i get in that time. Running on sand is really hard, much more difficult than on solid ground. But it's good because the impact is much less.

I've lost most of the beer gut now and i'm feeling a lot better in general as well. I'd almost forgotten how much i enjoy exercise. I find it really hard to motivate myself to leave the flat in the first place but once i'm actually running i love it.

We'll be moving back to Valpo next week where i don't have a decent beach to run along. I'll have to make do with the cross-trainer machine. Maybe i'll put it on the terrace and look out to sea while i'm exercising.
Posted by Matt at 10:22

I was really, really hungover in valpo once and a bottle of Afe, that would have saved my life, slipped out of my hand and the bitch at the counter of the mini market told me I had to pay for it, she was screaming at me, it was horrible.

So then I started running, back up cerro alegre, and boy I can really vouch for that stair workout. Not fun. I heard a siren in the distance. I think I burned off all the calories of the night before in a single sprint.

Don't be a pussy and put a treadmill on your balcony. It's all about the valpo stairs.

hmm...a story remarkably similar to one i once read on the self-styled 'Chile's Lamest Blog' jeje.

But yeah, the stairs are a killer but damn good exercise. fortunately the idiot owners of the Ascensor Turri dropped their price-gouging tactics and now it's ok to use it. I have a strong suspicion they're going to re-raise the price over the summer and the boycott will start all over again.

running on sand is wicked hard! kudos to you for getting out there. just be thankful you have a beach to run on. my only option here in Santiago is to run next to the highway. be thankful for crashing waves!

Running in Santiago is like running along the pavement in Renaca whilst smoking 5 ciggies at the same time...when i lived in Santiago 3 years ago, i used to go the gym and sometimes felt worse after a hard run on the treadmill.

It's so nice being able to run along the beach-it's the one thing i'll miss when back in Valpo, just being able to pop down to the beach. Of course, i'm a fairweather runner, at the merest hint of a cloud i'm not going anywhere...