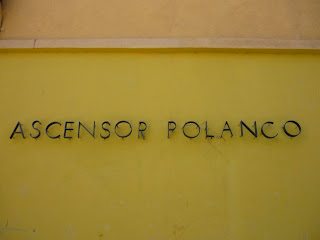 There have been two things high on my must-see in Valparaiso list since I moved here permanently two years ago: visit the Lukas museum, a one minute walk from my house and take the Ascensor Polanco over on Cerro Polanco. Yesterday, I finally managed the latter.

The Ascensor Polanco was built in 1915 and is the only real 'ascensor' in Valparaiso as all the others are actually funiculars. The entrance to the ascensor is found on Calle Simpson, just off the nightmare Avenida Argentina. After paying your money you enter a 150m long tunnel that leads to the lift. You have to ring the bell to let the operator know you're waiting. The lift then rises some 60m during which you can see the lift shaft changing from solid rock to huge chunks of mortared rock to brick. The views from the top as you exit along the suspended footpath are spectacular all around. 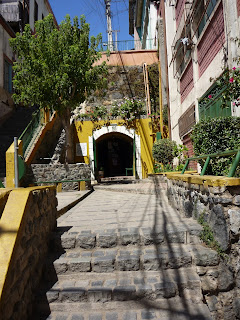 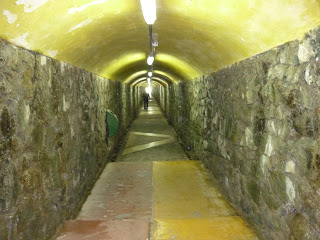 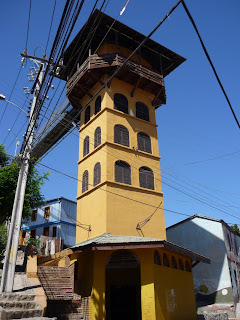 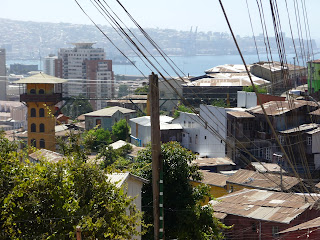 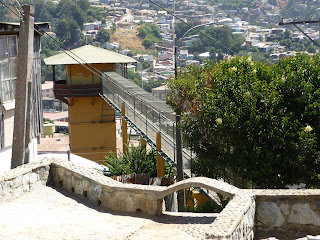 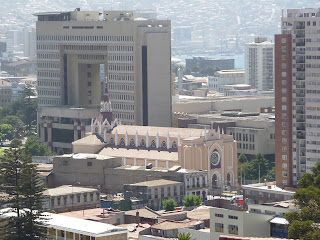 From the front, this church on Avenida Argentina looks reasonably sized. It's only from up in the hills that you can see that it's actually a vast monastery. 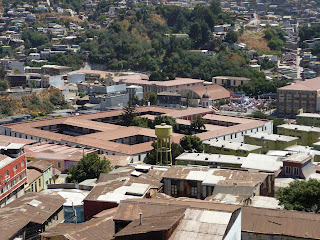 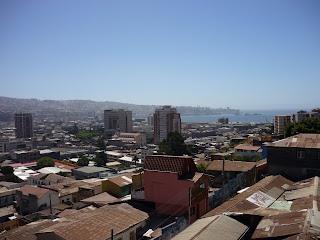 There's really nothing whatsoever to do in the neighbourhood once you're there. A quick walk around shows a well-kept, quiet residential area. Once thing you might notice, especially if you've spent most of your time on Cerros Concepcion and Alegre is the lack of rubbish, lack of dogs and lack of dog shit everywhere.

There was this little family of cute cats and kittens though... 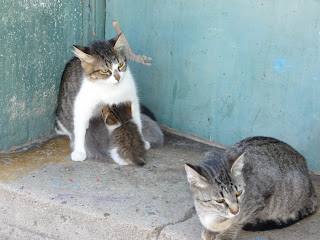 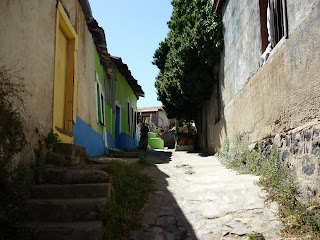 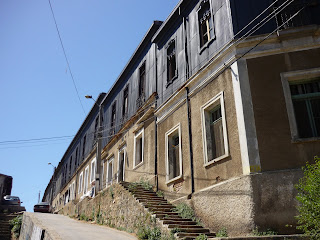 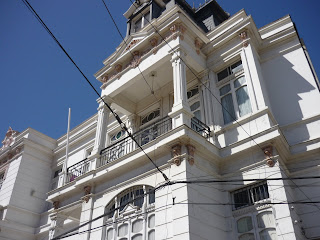 One might think that the poorer parts of town would be less well maintained but that's not the case. It would appear that residents of neighbourhoods which don't have their garbage collected three times a day, which don't have tourism generated wealth, which don't receive preferential treatment from the council have more civic pride than those of us who live on Cerros Concepcion and Alegre. I think that the people here simply expect everything to be done for them so they make no effort to do anything themselves. This would explain the garbage everywhere, the packs of semi-stray dogs and the ankle deep dog shit. The residents here are quick to complain about any changes that take place but seem incapable of actually doing anything useful to improve the neighbourhood. It's easy to blame the influx of tourists, hotels, restaurants and shops for the slight squalor here but perhaps people should start to look a little closer to home and learn from residents of neighbouring cerros.
Posted by Matt at 14:10

so finally you got to cerro Polanco!
It's a pity we couldn't go together, but I guess you appreciated the tour ;)
Oh, how I miss Valpo...here is still cold, slowly warming.
Besos!

Yes! I finally made it...I've been so lazy with touristy things to do in the last few months. I need to get my arse in gear and get out there a bit more again.

Sunny, 25C and beautiful views out over the Pacific today...heading back to La Campana tomorrow as well for views of the Andes. Enjoy winter in Paris :)

1- You have a picture of my old house up! How fun.

2- Did you take the tour? Do you know that the residents of the cerro, together with a great NGO Rescate Patrimonio, and Senatur have set up a route and you can visit the cerro, see all the sights and even see the wide variety of houses? Did you visit the cultural center? Did you see the amazing panaderia (their ovens are built into the walls. It is really neat).

Ha, that house is so cool, I loved it. Didn't do the tour, didn't realise there was one actually. I really liked the neighbourhood, it seemed to have a community vibe that's lacking on Cerro Concepcion. I honestly don't believe it's lacking here because of the commercial changes and interests but because of the spiteful, community killing antics of the junta de vecinos here, people who look out purely for their own interests but pretend they're acting on behalf of everyone that lives here.