Alvaro Besa y Miramar-Before and After 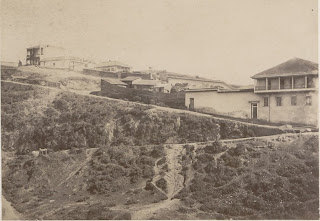 Where Calles Miramar y Alvaro Besa meet, one of Valparaiso's most famous houses can be found. The house is famous in part because it, like my own house, is shaped like a ship. But its real claim to fame is that it was used as the 'residence' of the main character of a Chilean soap-opera called Cerro Alegre. Below is the marketing fluff for the series-it's quite entertaining. Look out specifically for the late 90s massive mullet.

This intersection looked very different in 1865-the Casa Crucero didn't exist and neither did Pasaje Bavestrello, built in 1927. It's impossible to get the same angle for the photo-i'd have to be standing about a quarter of the way up the Pasaje but without the Pasaje actually being there, in the way. 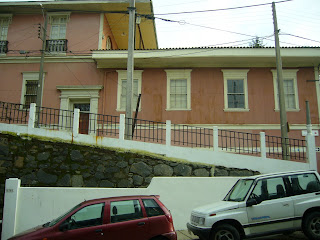 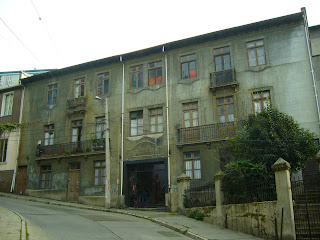 The house you can see in the original photo is still standing...but not in its original form. It's one of Cerro Alegre's oldest houses, built sometime in the 1850s by all accounts. The American owner, a semi-retired professor, great fun and always good for a G&T, bought the place about 20 years ago just after it had been almost entirely consumed by a large fire. Over the years, he's slowly renovated the place and also collected a fair amount of information about the house and lots of photos. At some point, I intend to raid his collection... 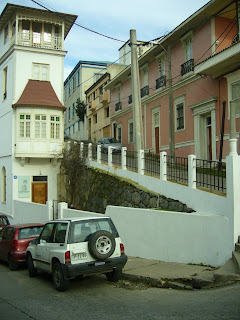 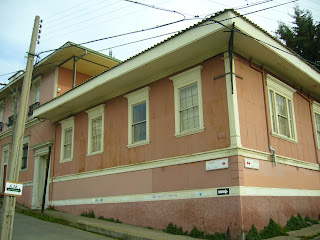 That video is exactly like my life on Cerro Alegre. Especially the spinning on terraces and roofs bit. Once again 80s television tells the story behind the story.

+ I love the fisherman with his fisherman pipe!!!!

Don't worry, the 80s, 90s and 00s are pretty interchangeable in Chile.