I just popped out to the bakery to get some pan batido and i ran into a film crew filming in the pasaje next door-Pierre Loti. I have no idea what they're filming but the girl in the photos was speaking German so i'm guessing it's a German film...anyone know who she is? The filming is actually causing chaos on Cerro Concepcion and i imagine it's going to take them a while to get finished-every time the girl tried to speak, there was a car honking or a crash from one of the building sites in and around the neighbourhood...the director was getting a little exasperated... 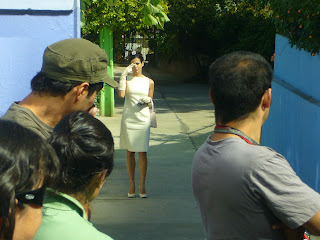 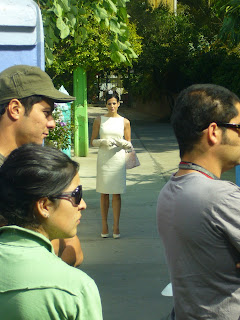 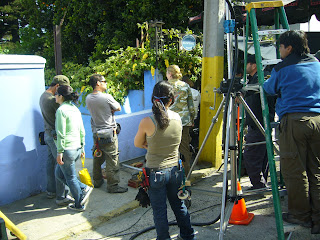