Calle Condell Before and After The 1906 Earthquake

These pictures give a pretty good idea as to the level of destruction wrought by the 1906 earthquake in Valparaiso.
Before- around 1870-1880. Look how pretty and peaceful it looks; no micros. 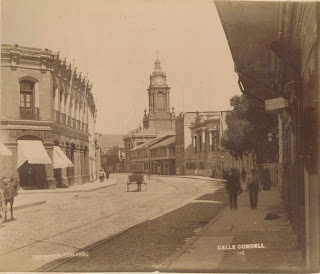 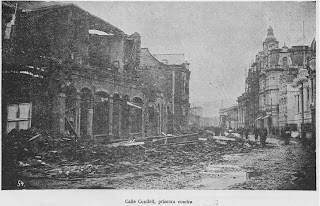 The church tower you can see belonged to the Iglesia Espiritu Santo in Plaza Victoria. It survived the 1906 earthquake but not the mentally deficient town planners who decided to knock it down in the 1970s in order to build an apartment block so monumentally foul, one might conclude that the architect was a blind toddler who drew up the plans with a pencil between his toes.