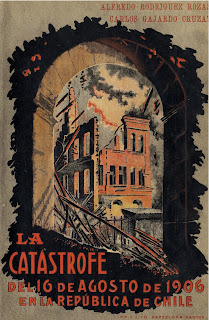 Another of the books available for download on Memoria Chilena is entitled 'The Catastrophe of August 16 1906 in the Republic of Chile'. A better name could not be found.

The earthquake that hit Valparaiso at 7.55pm on that day was catastrophic. Around 3000 people died during the quake and countless more in the days that followed due to their injuries. 20,000 people were seriously injured. Much of Barrio El Almendral was flattened, along with a fair proportion of Barrio Puerto. In the hills, Cerros Carcel y Merced were the most affected. Cerros Alegre y Concepcion, the richest, most upmarket (as they still are) and mainly foreign neighbourhoods were barely affected due to the hills being pretty solid bedrock.

People were hit by falling masonry, crushed in their houses or burnt alive due to the fires that raged in the days after the event. Looters were summarily executed. Buildings continued to topple for days after the quake and more were demolished for being structurally unsound. Material losses were estimated at over 300 million pesos (I have no idea what that amount would be in today's money. Several hundred million Dollars I should imagine). The cost of reconstruction, many times that amount. 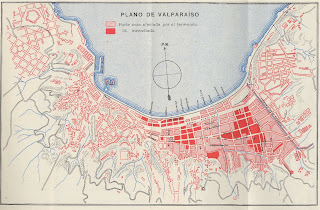 Over the next few days and weeks I'll post more photos from after the disaster. Here are a few to get started. 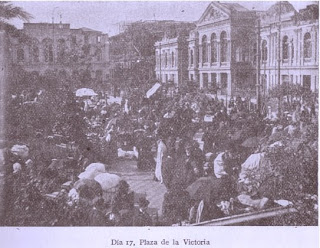 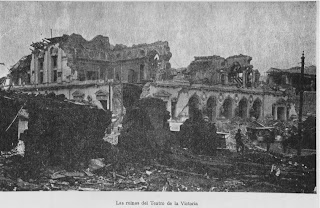 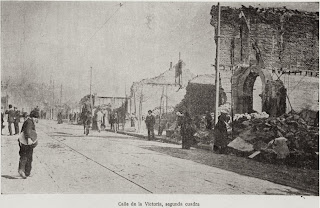 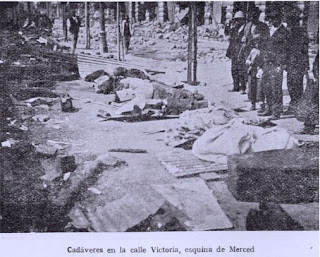