Not too long ago, I took a stroll down to the part of town known as Puerto Baron. There's more than a little controversy about this area of Valparaiso, caused entirely due to the mega-project, Mall Plaza Baron-a giant mall, convention, hotel and apartment centre. This project would cost some us$100 million to undertake and create something like 3000 full time jobs in the city. It would transform a slightly derelict promenade and attract people to an area of the city that doesn't attract all that many, other than those that already live here.

So far so good, right? Well, I guess so. Being a capitalist, money loving peeeg I'm all for this type of project...but only if it respects the environment in which it is being undertaken. The original plans for the mall included 60 metre high towers. This would completely destroy the natural amphitheatre like shape of the Valparaiso Bay and look completely out of place. It would also likely block the views of residents living just up and behind the potential project.

Now, this project could be a massive boon for Valparaiso. The investment would trickle down into the community and improve the city. But it's got to be done right. The group behind the project has scaled back the height of the buildings to around 20 metres max. This is probably about ok. But I don't understand why they can't just renovate the old warehouses that are already there. This has been done successfully in dozens of cities around the world...

Overall, though, I'm in favour of the project in its re-scaled form. The city needs investment, the area that the project would renovate needs the work and it would benefit a huge amount of people economically in the form of construction jobs in the short term and permanent staff in the long term.

Pro-project: Port Authority
Anti-project (or, rather, anti almost everything-I agree with much of what they say but by no means all): Borde Costero Info

This is the current boardwalk. The buildings to the right would be demolished, the promenade opened up and new shiny buildings would be constructed behind and filled with glittering products of the consumer age. 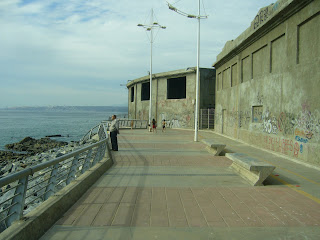 A little further down from this sector is the beach heading towards Caleta Portales. It's covered in litter thrown by people (not all washed up litter). I don't understand how people can just throw their rubbish away like that. It's so selfish and disrespectful to everyone else. 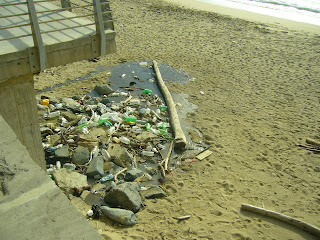 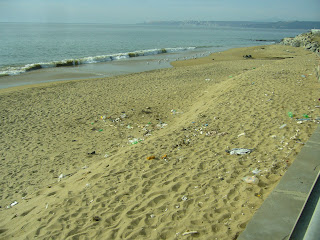 You'll also find the Slowest Train in the World down this way. I can't find much useful info about it so if anyone knows anything, feel free to comment. 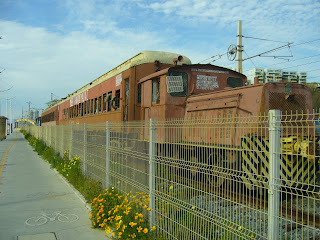 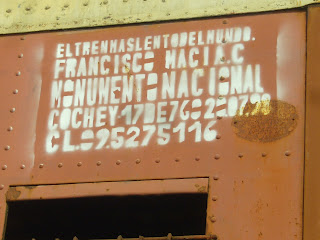 Walking back along Errazurriz, I noticed this house. Now the house itself isn't particularly interesting, but what is is the construction style. I kind of assumed that houses from this era (40-50s is my estimate but possibly 60s as well) would be re-enforced concrete. This is what they look like, anyway. Instead, they're built exactly the same as all the old houses up in the Cerros: timber framed with adobe blocks as insulation. I would have thought that by the 40s or 50s or later, this style of construction would have died out, at least in the cities. 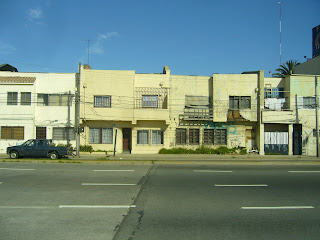 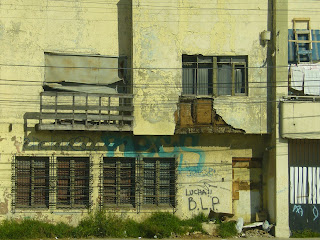 Loved reaading this thanks