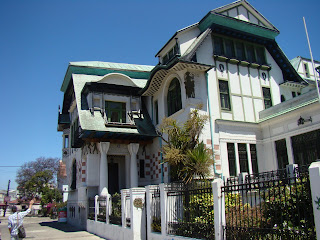 I posted about El Palacio Barburizza a few weeks ago in a piece about Art Nouveau in Valparaiso (most of which i got wrong). I was walking past today and took a few more photos. The more i look at the building, the more i like it. I thought it a bit of a beast at first but it's definitely growing on me.

First off, some unfortunate news. There used to be a beautiful statue in the garden. Here's a photo that i took a few months ago... 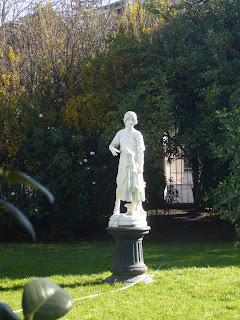 It's not there anymore. It appears it was stolen-the thieves simply broke it off its pedestal, snapping it off at its ankles. I can't find anything online about a theft. Perhaps the council is hoping no one will notice. Next time i'm there, hopefully so will be the caretaker so i'll ask him what happened. 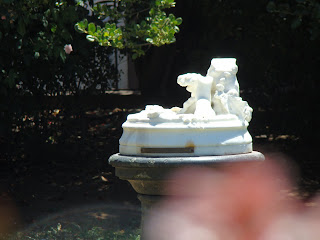 This motif is repeated all over the building 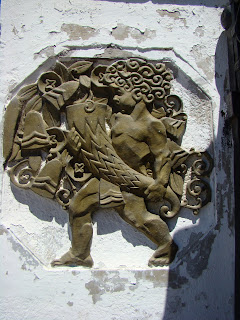 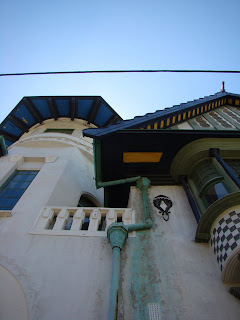 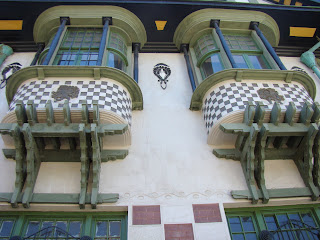 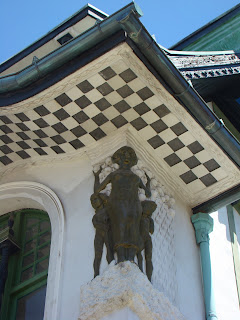 At some point i'm going to bribe the caretaker to let me in and show me around-he's already hinted at it. It's a bit tricky at the moment though as it's high season and there are lots of people wandering around. I think i may have to wait 'til March.
Posted by Matt at 15:43

That is really sad they would do that. They probably stole the stone to use it as raw material.