This is much more a traditional Catholic cemetery. Whereas the Dissidents' cemetery follows the Protestant tradition of understated, simple graves Cementerio Numero 1 has far grander tombs, sculptures and reliefs.

Here are some photos (apologies for the fact that quite a few of them are a little lop-sided-as i mentioned before, you're not supposed to take photos and there were about 6 caretakers wandering around at the time so i had to take the photos surreptitiously...): 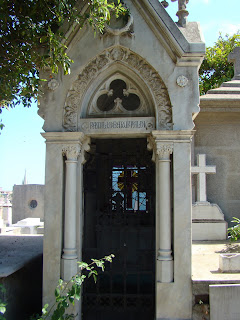 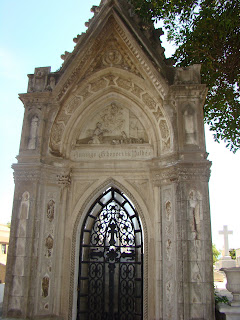 I mentioned in a previous post that this little statue kind of moved me... 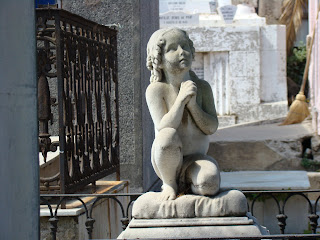 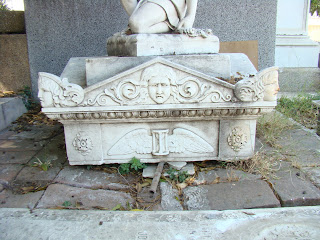 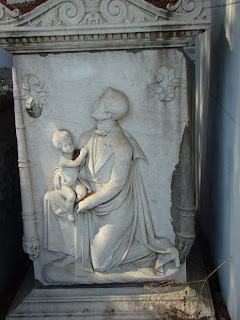 This guy was a relation of Rafael Sotomayor Baeza, a war-mongering big shot 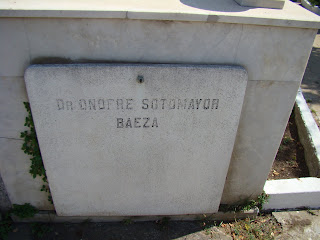 As far as i can make out, this is the family tomb of the Max Fontaine of Ear, Nose and Throat fame at the Van Buren Hospital here in Valparaiso. 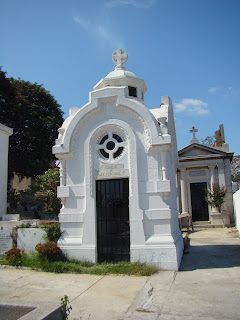 I can't find much info about this family, other than at some point after 1939, Guillermo Purcell Winter was named an honorary member of the 5th Fire Department of Santiago 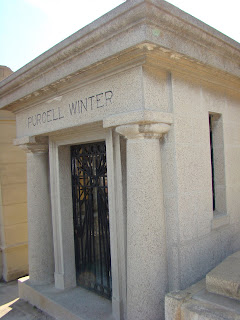 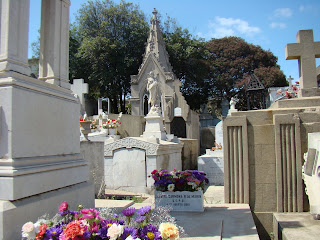 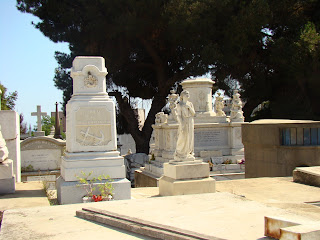 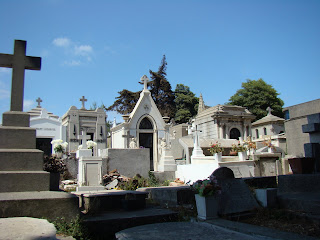 Cerro Concepcion and the Lutheran Church in the background. 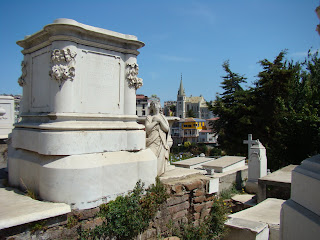 The Dooner family lasted over 100 years (or at least no one has died since 1983). They married into the powerful Larrain family quite early on. Good move. 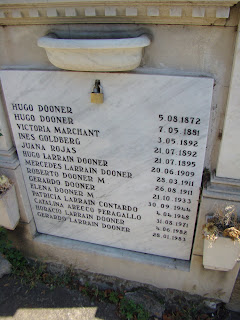 Eduardo Squire made his money after the War of the Pacific, acting as a kind of intermediary between the Chilean and Bolivian governments during peace negotiations. Basically, he made a killing off the nitrate fields nicked from Bolivia during the war. 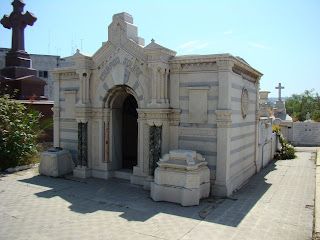 This is Jorge Ross' tomb, a member of the monstrously powerful Ross family. 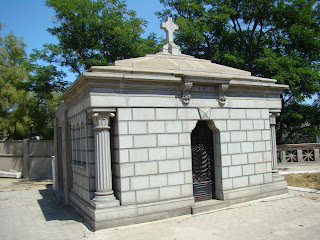 I really enjoyed looking at your photos of the cemeteries on Cerro Panteon. Would you know if there is a governing body for these old cemeteries which may have burial records? I was looking for a family member Thomas Grainger who died in 1861. If you can help I'd be grateful. Marina. marina@grainger.net.au