My back's gone funny again so i've got not much else to do but lie in bed with my lap top and the telly. For that reason, i'm going to upload a few photos in spite of the slow connection i'm on at the moment.

This post is about the Bolsa de Valores here in Valparaiso. Located on the corner of Urriola and Prat downtown in the Banking District as it would probably be called in the States, the institution was Latin America's first Stock Exchange, inaugurated in 1850, something that demonstrates the importance and wealth that Valparaiso once enjoyed. It used to to be in this building that i can't place...it possibly doesn't exist anymore.

The history of the Stock Exchange in its current location dates back to 1911 when construction started. It was finished in 1915, a year or so after the opening of the Panama Canal-an event that pretty much signed Valpo's death warrant. At the time, Valparaiso was still one of the continent's richest and most important-financially at least-cities. it was Chile's banking, financial and also economic heart, and the country's most important port.

The Stock Exchange was still active and important until 1929 when the Great Depression came along and kicked Valpo while she was already down from the Panana Canal. The British, who pretty much ran the country through economic ties pulled out and never returned. Slightly more pressing matters arose soon after the recovery from the the Depression and then we British kind of lost all importance after the Second World War.

Here's the outside of the building (if you're reading this for a second time and wondering why the photo's changed...i accidently linked to a photo of the El Mercurio building, a mistake i didn't notice at first...) 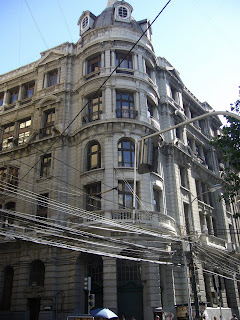 Here are a few photos from the ground floor of the building. I've just found out you can take guided tours on Thursdays at 12pm so i'm going to sign myself up to see the rest of the building asap.

The ceiling in the entrance hall 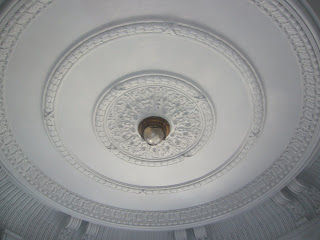 Entrance to the trading floor 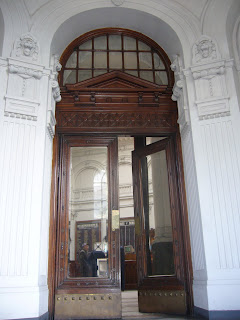 The dome in the main hall 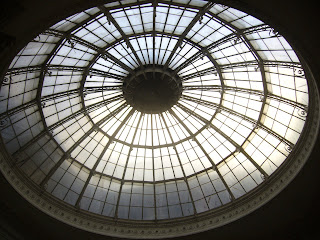 The old hand-written board showing "Shares and Bonds" 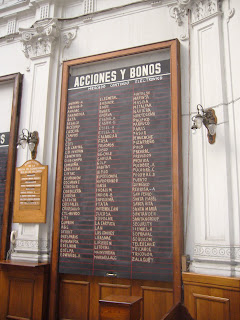 The hive of activity that is the Trading Floor. Remember that this used to be the busiest stock exchange in South America... 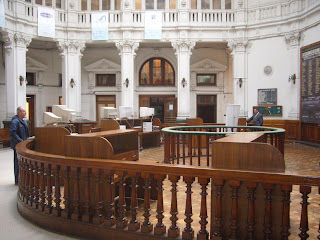 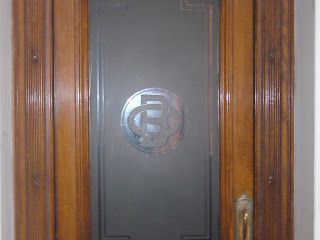 Offices above the trading floor 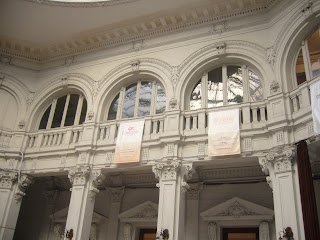 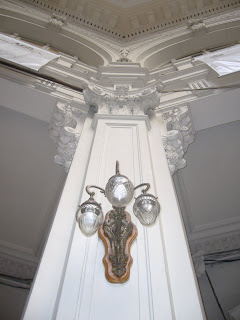 I guess this is where the head of the trading floor used to sit and give orders... 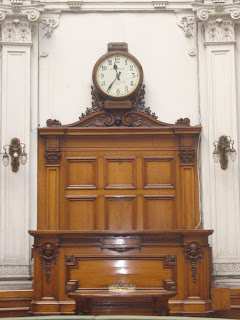 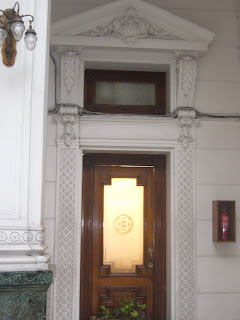 Detail on the columns 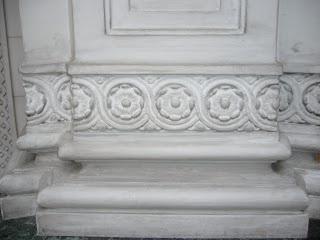 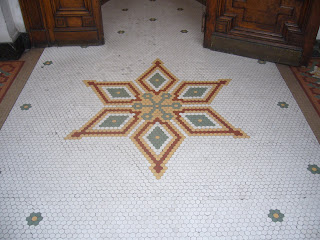 Staircase up to the gallery offices 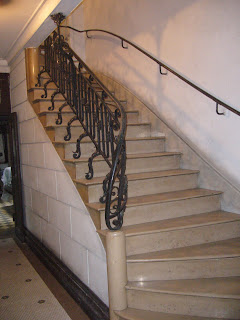 When i do the tour i'll do another post and put more photos up.
Posted by Matt at 13:28

Cool pics. I've been meaning to take a tour of the Bolsa here in BA. It's a gorgeous building & supposedly they have a top-notch resto inside. You've made me add another item to the list.

So this is where the best forex brokers in the land used to work? One thing's for sure - it's a completely different scene from today's technology-filled trading floors.

Why did the stock exchange have to move? Sure, the building looks old, but that's nothing some sprucing up can do.