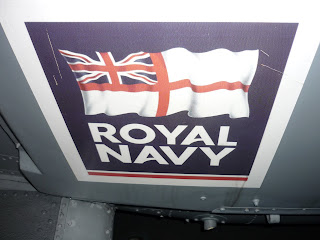 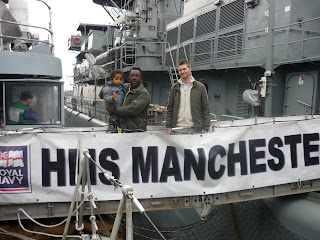 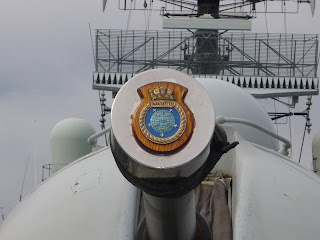 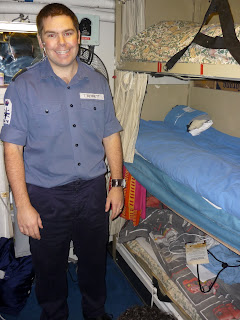 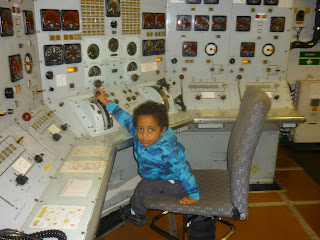 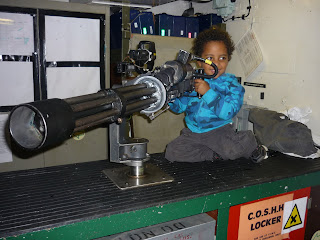 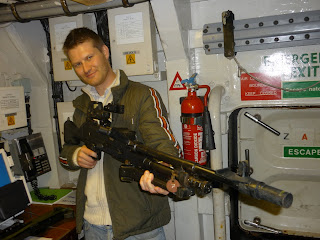 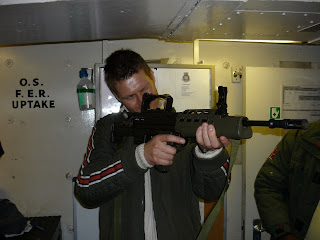 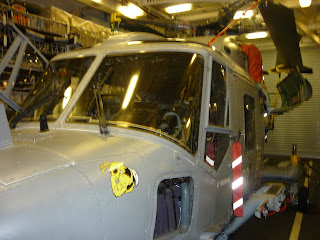 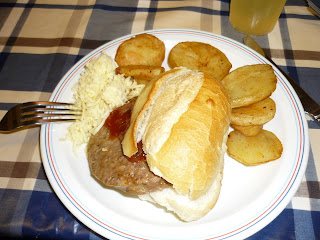 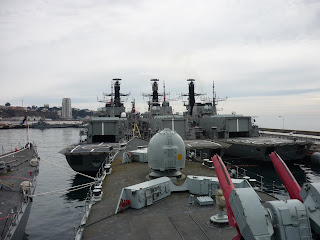 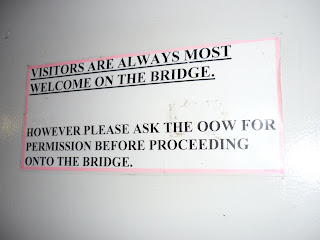 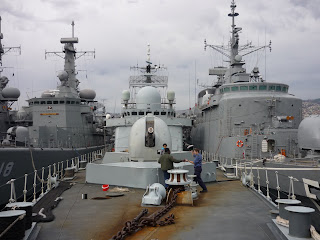 I'm not going to lie. I am a little jealous.... It looks like that was so much fun!!

Those boats you describe as ex-British and sold to the Chilean Navy look as well as those old boats the Royal Dutch Navy sold to Chile. Whenever I am in Valpo I see those old ships in the distance. Wel sell a lot of defense-surplus these days to the Chileans (F-16's, Leopard tanks). Not to the amusement of the Peruvians, je, je, je
Yes, the Chileans have a good naval relationship with you English...Cochrane was so bored in the UK (or had a litlle scandal) that he went overseas to command the first naval ships of the young Chilean Republic....

Yep, Cochrane set up the Chilean navy and pretty much liberated the entire country. I wrote about him a while ago here.

"I love the Royal Navy"

Is that easy to buy your soul? =D With sausages and tea?

I love that the navy gave you a care package! Enjoy :)

Yeah, they know how to look after their own :)

So pleased you enjoyed your day on HMS MANCHESTER, you have got some great photos. We all had a great time in Valparaiso especially for the wine tour. I would like to add that you probably had one of the least appetising meals the chefs can 'knock up', they do actually look after us really well and the food they put on is amazing considering the tight budget they have to feed us with.

Hey Tony, thanks for coming back to comment. And, again, thanks for the great tour. I'll just have to take your word for it that the food is usually better...!