One of the great things about Valparaiso is that there are so many views of the city from different vantage points. The hilly nature of the city means that there will always be things you can see from one house that you won't be able to see from the one next door.

On a wander around Cementerio Numero 1 today, I stopped to admire the view and noticed something I hadn't really paid much attention to before: the roofs of the buildings downtown. There are some really interesting and sometimes odd roofs out there. Here's a small selection:

A total of eight identical galleries on the top of this building on Esmeralda, allowing light to enter what would otherwise be a dark and dingy series of shops and offices. 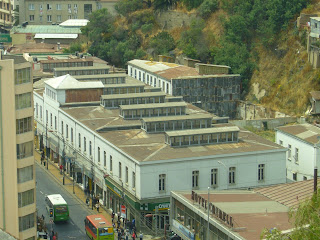 This dome can't really be seen from anywhere else. The building itself obviously used to be pretty spectacular but now the entire ground floor has been knocked out to house some hideous discount store and the first floor is semi-abandoned. 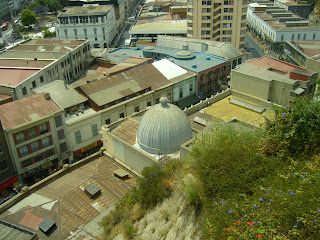 The roof on this art-nouveau building (identical facades on Esmeralda and Plaza Bellavista) is completely crazy with loads of different slants and styles. 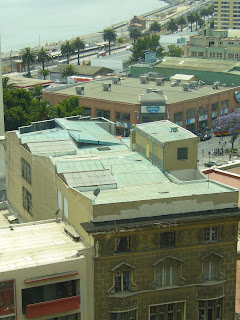 And finally, look at this totally funky 60s building. The roof is really cool and the facade is also pretty awesome. 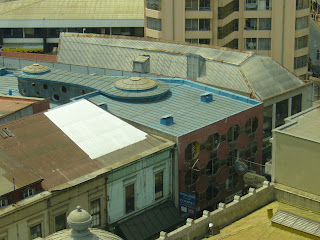 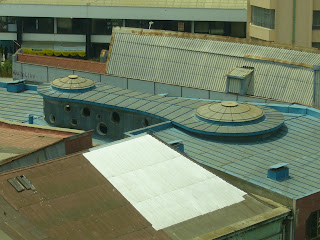 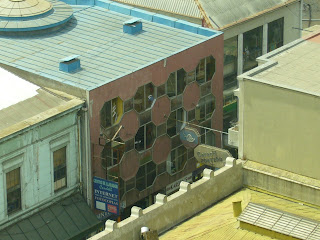 hi vecino!!
great post my friend
i really enjoy your thoughs on the city. if everybody could give their opinion about our cities, maybe we could create (i mean architects and citizens) a database for making a better and honest place to live.

and you know, i remember that scene in that great movie "dead poets society" when robin williams stand up in his teacher table and said to the kids "you always can look the world from another perspective"