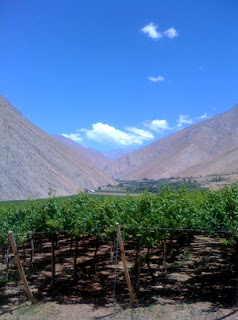 I haven't blogged much recently. I just can't really be bothered- I love my life here but it's not all that exciting. It's usually just a mix of walking the dogs, hanging out with friends and going to Santiago every now and again. I would be blogging about the flat renovations in Santiago but they're on hold for about a month, so we'll probably restart when I get back from England after Christmas.
But I went last week to Elqui with a lady friend and it's such an awesome place that I really thought I should share.
It's a bit of a drive to get there from Santiago, which is where we started out from on Tuesday morning. It's even more of a drive when you decide to take the scenic route through Ovalle and over the mountains direct to Vicuna, instead of the 5 Norte via La Serena. Still, it was worth the extra time and the 140km of single track dirt road with sheer drops to one side and goats running around trying to force you off the edge every now and again. The views were amazing the constant changes in the colour of the ground was interesting.
See- pretty. 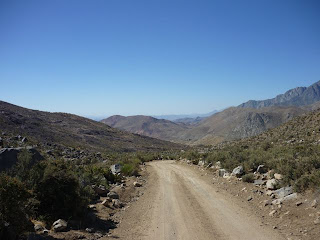 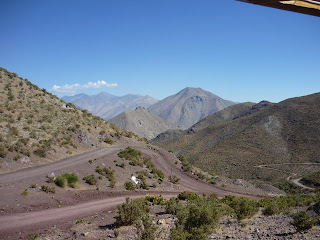 We arrived late afternoon in Pisco Elqui, the last village in the valley with paved roads and a really gorgeous little place full of well-maintained adobe houses. 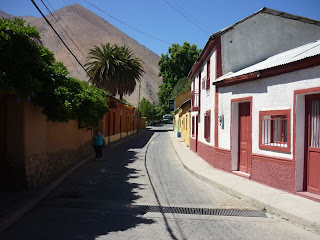 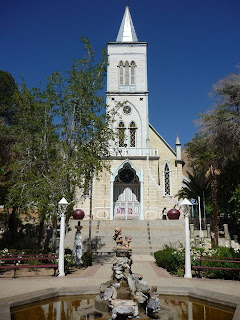 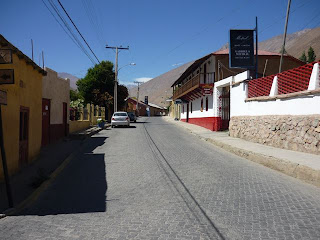 There's lots of accommodation around as well and we got lucky with the first place we tried. Los Datiles has pretty decent cabanas but the grounds and the garden are incredible, a real oasis of loveliness. 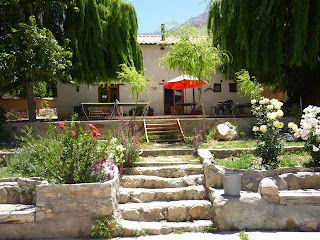 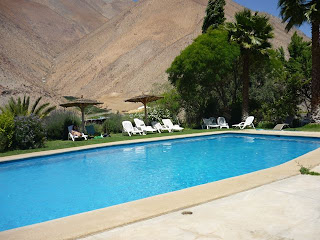 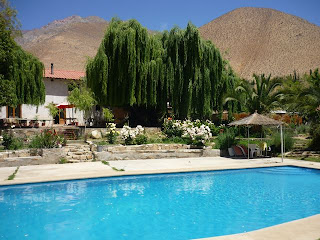 We didn't really do all that much apart hang out, relax and admire the stunning scenery. The green vines against the backdrop of the dry mountains, which look like cardboard cut-outs is just amazing.
But we did make it the 5 km down the road to Montegrande, birthplace of one of Chile's two Nobel Prize winners, Gabriela Mistral (the other being Pablo Neruda, obvio). The museum/house devoted to her is pretty poor but the Plaza and church are nice for a few minutes. 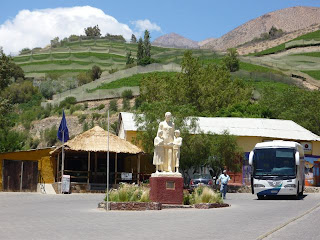 And a few more minutes down the road is the valley's only winery, Cavas del Valle (well, Falernia's also in Elqui but much closer to La Serena. The rest of the vines are all to make Pisco, for which the valley is famous). They make an interesting Syrah which I enjoyed enough to buy a bottle of and a couple of less than interesting whites, both of which I found to be almost undrinkable (although some people really like them). It's well worth a drop in as there are very few truly boutique wineries in Chile and they need to be supported.
We also spent a few hours in La Serena- a very pretty historic centre and a windy as hell beach. 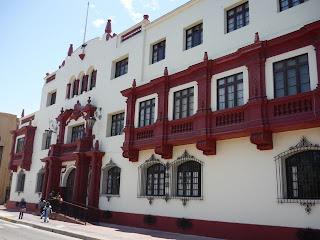 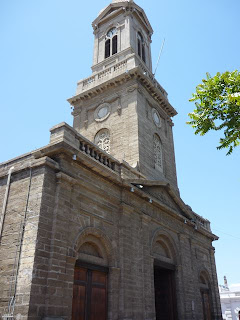 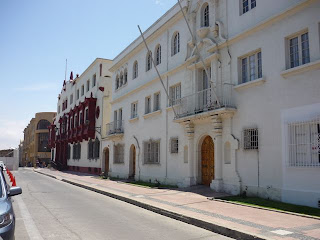 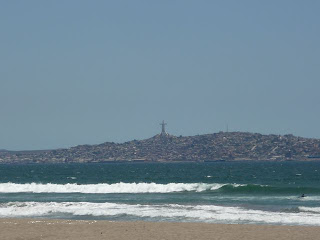 Excellent idea my friend. This is exactly what I've been observing for for quite a time now... Thanks for this wonderful advantages to post that has been given by you!

Thanks for the nice blog. It was very useful for me. Keep sharing such ideas in the future as well.Thanks for sharing the such information with us.

I believe your blog is currently one of the best posts I ever reviewed. I merely unintentionally found your site after playing online bingo game. Find out more here and try to play the game.